Road diversions can be useful things if you are not too pressed and have an open mind about exploration on a non-dramatic scale.
Yesterday, Ezra and I set off for a day of exploration in Mazamet and Castres, about an hour and half East of the Hothouse.
Somewhere, in the deep woods of the Black Mountains (Les Montagnes Noire) we were diverted away from The D118 to a vertiginous route following the river towards Mazamet, (which I have just noticed while doing a bit of research, is home to a B and B that calls itself France's leading Bed and Breakfast . . . quite a label).
This route towards the town is listed on Google maps as being 'the route of factories' and was indeed littered with various breeze-block/corrugated edifices, some in a state of functionement, (if this isn't a word, it is now) others not, like this one with its gravity-defying chimney stack and angry Venetian blind.
I stood around and wondered, as I always do, as to when the door finally closed on the work-force and why nothing ever happened to the building afterwards. 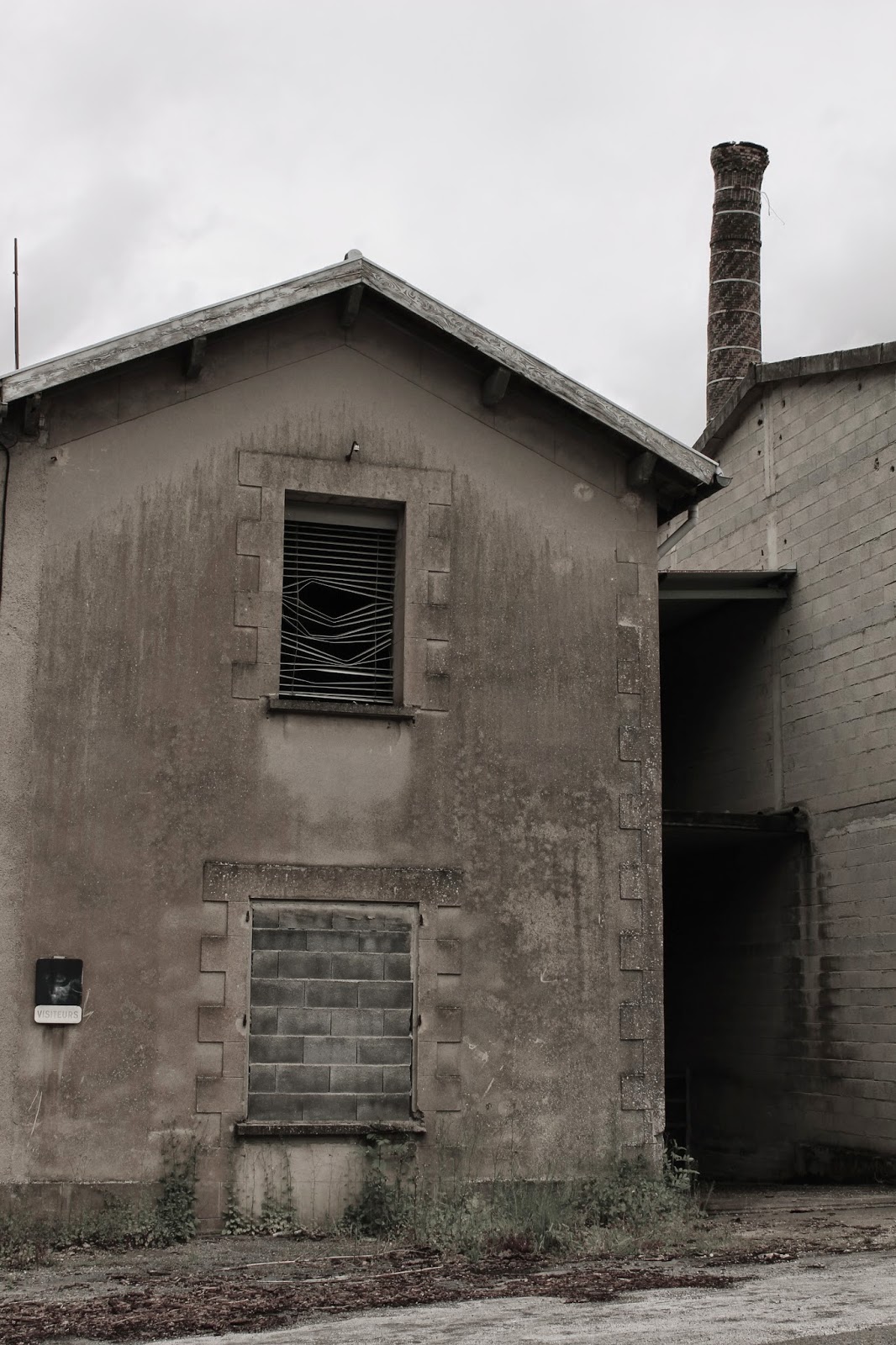 Posted by writing and other stuff at 09:27