Controllers of the sun

In our small, runt-dogs mind, yes we are.
Satie barks for many reasons: guarding the house (!) food time, for needing a pee, and, at other dogs while out for a walk.
I realised this year (in the early summer) that he also barks when the sun goes behind a cloud. It's not just general frustration at suddenly being cold; he obviously thinks we can do something about it.
He looks accusingly at me through the glass of the front door as soon as the the brightness fades into ambient light, and barks continuously, until either the sun reappears, or I let him in again to the safety and warmth of the sofa.
I never really thought about dogs and their conception of the elements surrounding them. We know (some more than others) about clouds, sun, wind, and why we feel hot or cold; they presumably don't.
Cold or hungry means, woof, and hopefully an owner will do something to provide warmth and food.
A friend of mine used to have a dachshund that would lie in front of the fire until it was nearly roasted. It would then yelp until someone moved it, seemingly unable to equate, fire = equals I'm too hot - better move.
Luckily Satie is not that daft, but the 'sun/large heating system in the place above me', obviously remains a total mystery.
Here he is, about to emit an exasperated bark as the warmth fails again. 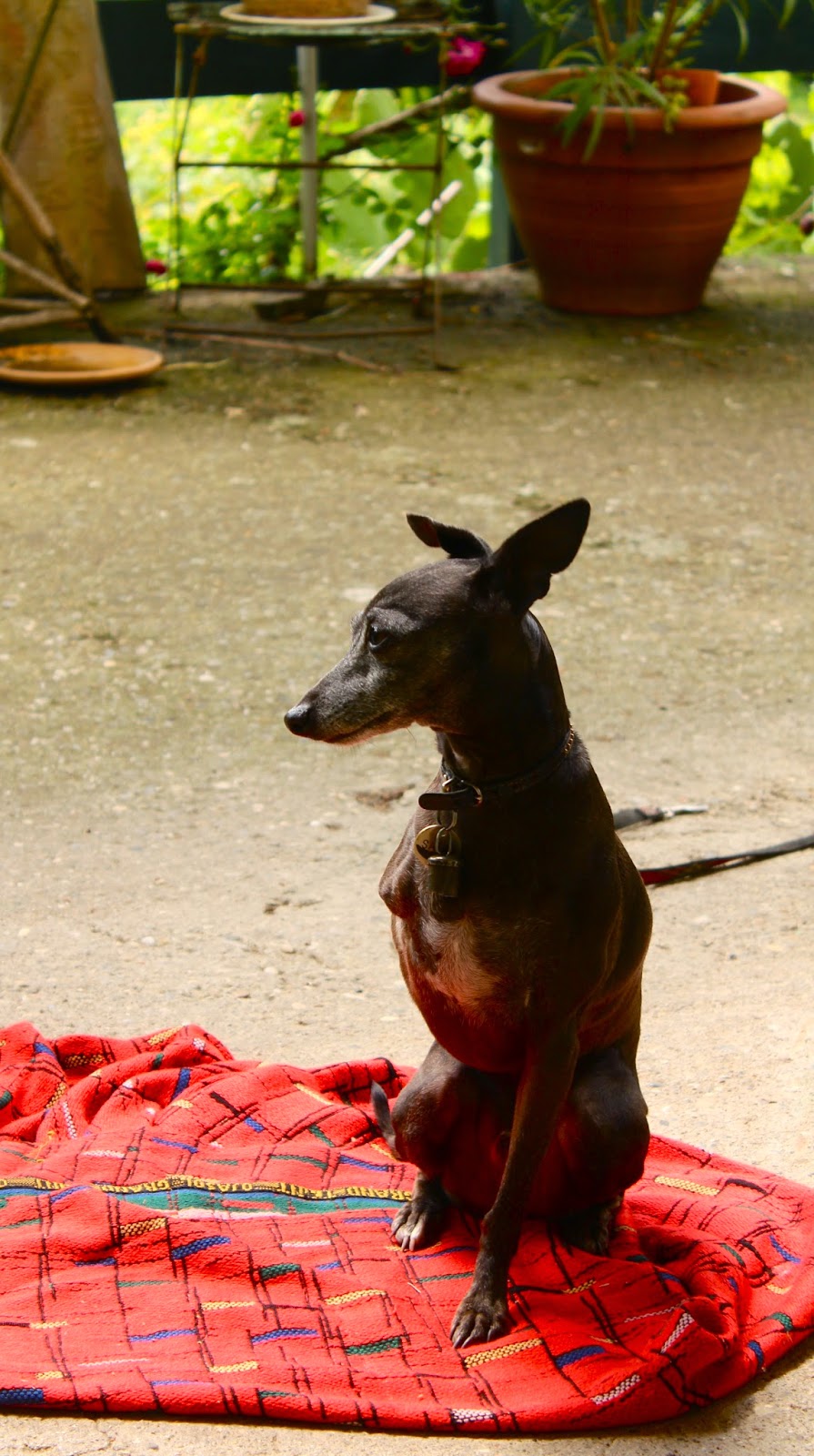 Posted by writing and other stuff at 06:14