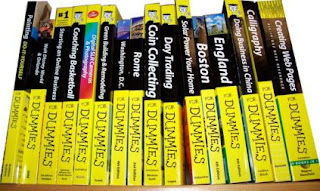 There isn't one - a book, one of those friendly looking black and yellow titles on everything from car maintenance to taxidermy (possibly - I haven't checked).
But then I don't think anyone could write one on this subject as no one seems to know what is going on anyway.
Yesterday, I went down to our local social security system office where I sat next to a dying, weeping fig for thirty minutes to then be told by a brisk woman who appeared to be aged about fourteen, that we had done it all wrong. It being something so mind-numbingly boring that I won't bother to describe the Kafka-esque mess up.
I went back home and we searched for the appropriate document, found it (possibly) and went back. After my second chat with the plant I saw a different woman, more sensibly aged and with a bright but actually welcoming manner.
She looked at the piece of paper and shook her head making those tsk tsk noises that French women in positions of (perceived) power are so good at.
"Mais, non, Madame. This is not ze right one - you need the . . . " she then proceeded to tell me I needed the 'letter de radiation'. This was alarming as I don't think we have ever agreed to being radiated. I also learned that the fourteen-year old had given us the wrong forms and that I would have to fill out three more with exactly the same information on them.
I cycled home, made tea and looked up the word 'radiation'. It actually means finished, gone, kaput, which I though was résilliation. Still you learn something (many things) every day, n'est pas?
We then both went down and sat in a queue after which we were told that it was still wrong and that we would have to make an appointment to have a longer chat, assuming another piece of paper would arrive from the company who should have sent it four months ago.
I cycled home and met 'The Bee Man' - lovely neighbour who, yes, keeps bees. I told him of my morning's waste of time to which he recounted similar stupidities involving bureaucracy with a final comment which I think I will write, print out and stick on our bureau wall.
'Ma chère madame, we are around 40 million French people and 39 and a half million don't know what is going on. You are not alone, you can be sure of that.'
I think I shall make our own copy of French Bureaucracy for Dummies. A blank interior with someone doing a Gallic shrug and the words 'Bon Chance.'
Posted by writing and other stuff at 01:57