We were lucky enough to be invited round to Bob and Maggie's house to hear (and watch) Bob doing a pre-concert, concert - several dates in London.
I was wondering what it would sound like - Bob unplugged, (or not quite as he was armed with a very beautiful electric guitar and various loop pedals, etc) having listened to his music in its 'full form'.
Full form being the most extraordinary melange of instruments and voice - all him playing, singing and multi-tracked - drums, guitars, horns, banjos - you name it.
Lawn Ornaments, the album is a wonderful trip into Bob's brain - hilarious and poetic wordage; just about every musical instrument and genre one could imagine and the occasional pop of his own laughter as some of the more deranged sentences slip forth. I especially like the sections involving instruments he has picked up and thought - 'yeah, why not - I can do this!' a wavering trumpet, a plinking gut of some stringed thing . . .
My favourite track so far . . . Wolf's Nose; a mad and beautiful observation into wolves olfactory natural talents. 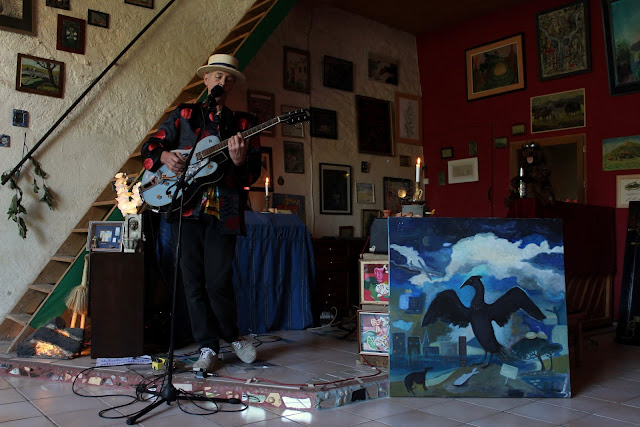 Bob on stage, and one of my more bizarre paintings to the right 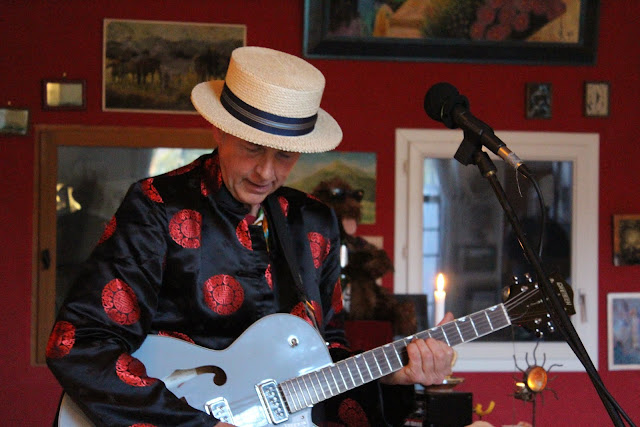 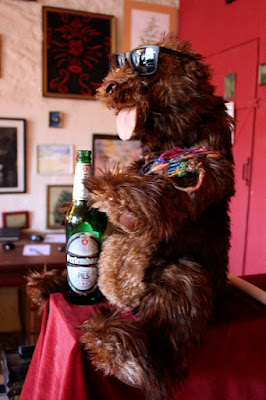 Beer-holding bear/marmot? update - bear is called Bagel, made for Bob by  http://woodlandteddies.com/ hand made furries of all sorts. 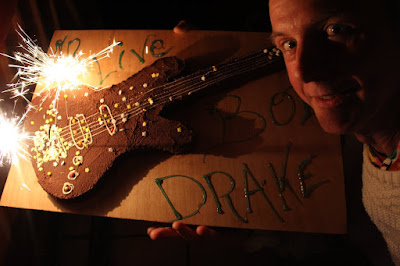 'Have a great tour' cake
Posted by writing and other stuff at 03:57