Some days are longer than others

Smiths song, wasn't it?  . . . nope.  Some girls' mothers are bigger than others - that was it, anyway, yesterday was extremely lengthy, the hours stretching impossibly longly - is that a word? I don't know, I only slept for four hours last night, but I have a large pot of tea and an egg not-Mac-muffin  in front of me; it's a perfect drizzly London day and all will be well.
Yesterday, the hours had been quite normal until Mark dropped me off at the airport - a hundred and twenty minutes too early but that was fine; time to work and do a bit of London wanderings-planning. X-raying-the-stuff time arrived, all ok, and they failed to spot my extremely dangerous lip-salve concealed in jean's pocket.
Usual wait in the 'holding bay' with whirr and clunk of vending machines, hiss-hiss of headphone music and choo-choo of plastic train-ride, occasionally interrupted by the cry of a disgruntled child wanting another turn.
After a remark from my seated neighbour regarding the weather, we got chatting and, weirdly - how I love these accidental meetings - he told me he had bought a house in our town: the house I had looked at some years ago with some B and B guests staying with us. Great little place - well done Andy, if you read this.
The time came and we obediently trotted out into the rain and stood about while staff ran around with walkie-talkies and then told us to go back inside. Being optimistic sheep, we stood about a bit more hoping the vague info about the plane being 'en panne' - broken, was Fake News. Nope - it was broken and we would have to go back in and eat crisps for some indefinite time until someone could stick the wing back on, or whatever the problem was. 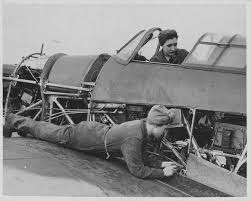 Back inside there was excited talk of a refreshment voucher. We queued and were handed a two pieces of paper: one, a lop-sided photo-copy explaining how you could spend a day trying to reclaim money for the late flight, and another, the voucher for . . . five euros! Wow, a small cake and a cup of tea, or possibly just the cake since we were in an airport.
I talked to my new friend, did some more work and waited for information. The pilot appeared, (who seemed to be about eighteen), to buy some nougat for his 'other half' and explained that the problem had been a small sensor announcing there could be a brake issue. They had tried to mend the sensor - probably turning it on and off a bit - that usually works, but it had stubbornly decided to continue saying there was a problem. Not a bad thing, really; the thought of cruising the Stanstead tarmac at several hundred miles an hour with no brakes, well, best not to think about it . . .
We drank tea, and some people drank a lot of wine,  especially a white haired lady next to us . . . actually, no-one had been remotely grumpy, and even when the announcement was made that we would have to wait until ten, there were no heavy sighs or complaining, just a lot of silent texting and buying of more wine.
The Ryanair solution that had been arrived at was 'a plane is being brought up from Barcelona' - I liked this, imagining the giant white metal bird on the back of some Pantechnicon being delivered up the autoroute, or more likely, the flight of an empty plane, with just a (undoubtably, fed up) pilot or two, lights on, seats empty, the ghost of a drinks trolly rattling up the aisle.
Ten o'clock: we again shuffled outside, stood for some time in freezing rain and eventually entered the still-cooling plane. Flight of nodding off, slumped, wishing I had one of those neck cushions, until we reached the UK coast. Then it was worth all the hours of sitting about. I have never seen a more magnificent view of London. The air must have been particularly clear after a recent rain episode: every road into the city a glittering coppery-golden necklace, the river a dark lazy snake within a jewelled web of lights. I could have looked at it for hours but the seven minutes or so laid down a permanent visual trace in my mind. 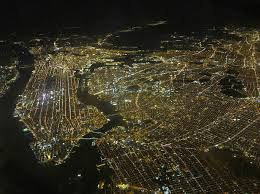 The plane landed with a squeak, bump and no fanfare (odd that). The pilot came to say goodbye to us all, standing at the door of the cockpit like a fresh-faced vicar after a Sunday service; I really did get the feeling he meant it too. We exchanged a few words about the view, and he said, eyebrows raised in agreement, that it had been the most spectacular he could remember too.
Found my case, found the train (last one, and full of yawning, dead-eyed folks returning from or starting holidays/jobs/new horizons), and eventually ended up in Liverpool Street station keening for a taxi as I was too pooped to lug my case any further - but there weren't any so I did lug my case up and down many staircases, escalators, and through tunnels, and got lost - got lost somewhere between the central line and Piccadilly line.
Found the platform and even in my weary state, did gawp, as ever, at the astonishing plethora (after Southern France) of different humans - topped by a beautiful bearded black guy dressed in leggings, cowboy boots, woolly bobble hat, Chanel sunglasses/earrings, jewelled and feathered mohair cardigan, shouting at a trio of youths who had 'commented' on his attire, to, and I quote, 'go back home, watch Brigit Jones and pull on their three inch dicks'.
Arrived at Russell Square, resisted the idea of a glass of wine and packet of cheese and onion crisps in a pub that still seemed to be open, and loped, everything aching, to the St Athan's hotel (hurrah!) where I signed in, got lost again and wandered the corridors looking for room 16 which seemed to have never been constructed; at last found it and collapsed on the bed to find the heating was on full and impossible to turn off. Opened window, despite adding wildly to global warming, and tried to sleep, knowing it was now 2.00 am and I would no doubt wake as is my habitude, at 6.30. Which I did.
Posted by writing and other stuff at 02:15