Following on from last post . . .
One and a half days in London: part nostalgic wanderings and part book-research.
As I'd not managed to get south of the river and visit my imagined underground premises of the Vaux-hauler gang the day before, I took the tube to Waterloo, stashed my case and walked to the embankment to follow the river Southwards.
All those years of London life, and there's still so many places I've never seen . . .
Ensconced mainly in my farting old Morris Traveller and zig-zagging across the city in search of props (life as a stylist) I'd rarely done what I do now - walk with a vague trajectory which inevitably shifts as I glimpse something intriguing at the end of a street.
I did the Lambeth Walk and then sat in the garden of a café attached to the Garden Museum (near Lambeth Palace) and drank the best hot milk, ever. This is a rare, peace-inducing spot with vast plane trees challenging the hight of nearby steel and glass edifices. I must have stayed there for at least half an hour imagining the changing landscape from fields to paving slabs, tarmac and concrete. Do trees recall the sounds and smells from across the years recorded within their sap and bark? 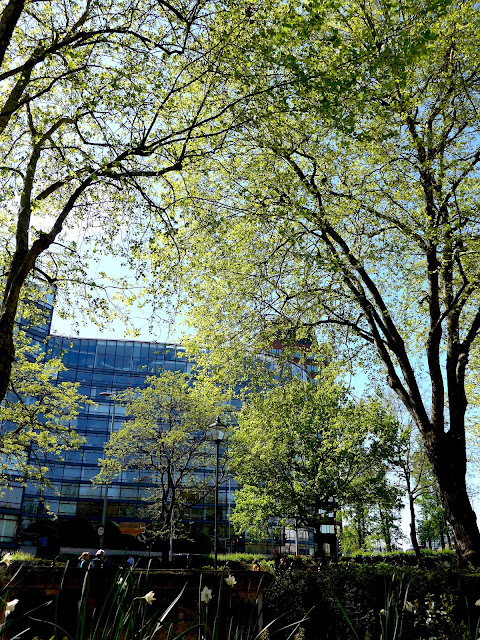 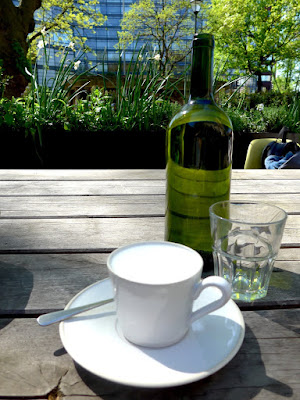 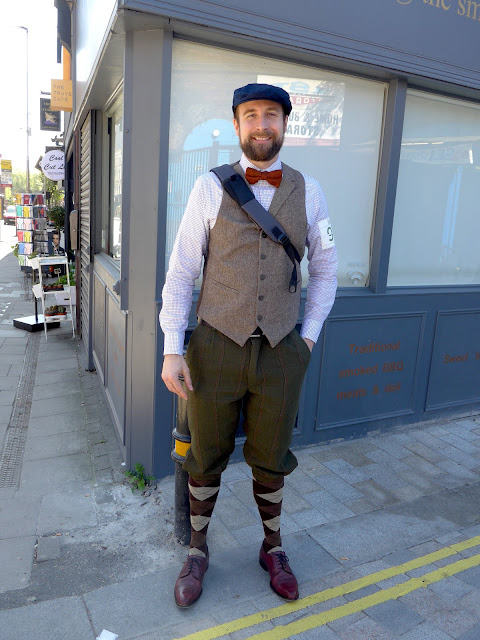 Continuing Southwards, I encountered a tweed-housed man looking rather lost. I noticed his arm band that announced 'Tweed Marathon' and said,
'Bit hot for walking miles in such cloth?' To which he told me it was a cycle marathon and that he'd lost the rest of his party, but he looked happy enough. I forgot to ask what sort of bikes they were on, imaging a fleet of penny-farthings.
The backstreets on such a blue-sky day are sculptures of line and shadow; over-looked buildings wonderments of the city, equal in my eye to the tourist monuments. 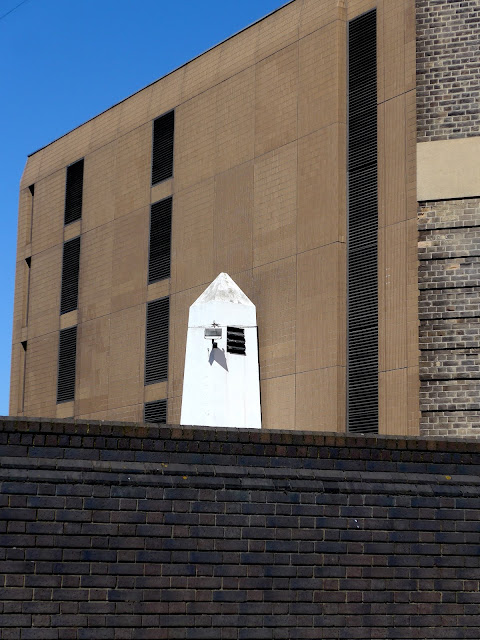 I meandered happily towards Vauxhall's messianic new bus station that I had only seen on Google Earth and was duly impressed, and slightly disappointed, having conjured up images of silver space-pod buses to go with the structure, not the usual red vehicles lurking about its perimeter. 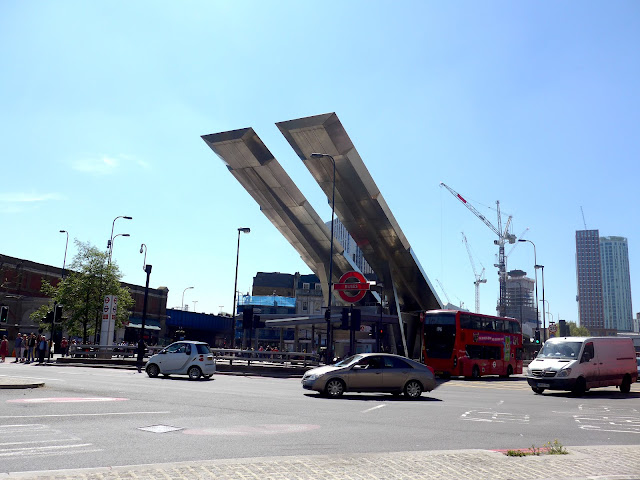 Realising the morning had disappeared and a train had to be caught, I walked back to Waterloo with a brief stop for a cup of tea in the shadow of a semi-constructed office building that may have been inspired by a penguin - head yet to be added. 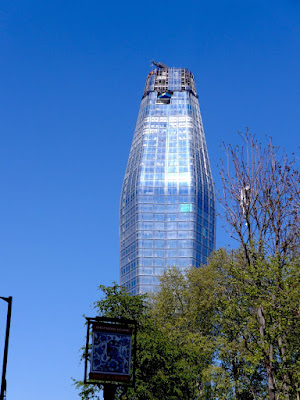 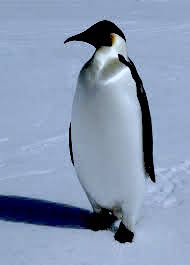 Perhaps my favourite discovery of the morning was Roupell Street - again, how had I never seen this preserved road, which sadly - really sad! is possibly under threat of partial demolition due to the enlargement of a school. It cannot happen; there are so few historically perfect examples of old London. I hardly dare go back on my next trip . . .
And, someone was obviously a collector of my most-desired car - Citroën DS, and the King's Arms looked most inviting, but no time, so a quick look around, photos taken and a less meandering route back to the madness of Waterloo station. 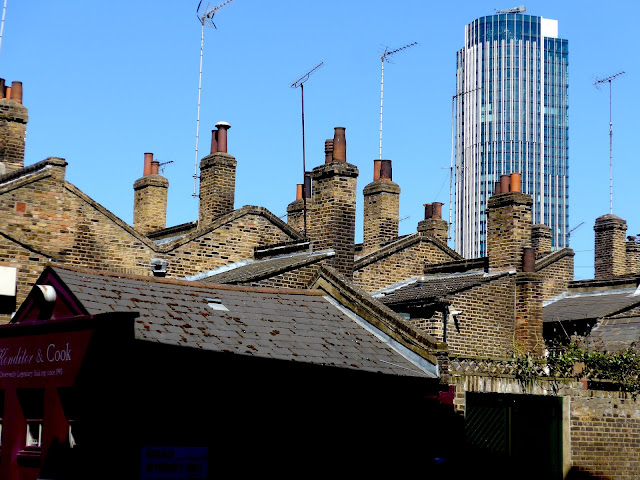 Posted by writing and other stuff at 01:10