This morning I read a Guardian article where the columnist had tried NOT using Google for a week.
Of an age where he could recall life when phone numbers were mostly stored in his head and libraries were the go-to place for more generally unknown information, it made interesting reading. Especially the point that he finds it almost impossible to concentrate on anything for longer than a couple of minutes before something else occurs in his mind and a new search is started.
Of course I had to then look up - on Google what would happen if the Internet really crashed - the main premise of my post-apocalyptic novel.
I didn't actually get very far as after typing in 'what would happen if' I was fascinated to see the top searches appeared to be:

If everyone went vegan - I was pleasantly surprised by this one

If you didn't sleep

If Facebook was turned off . . . What, and what, what? That is more than worrying - 3rd question?

If the moon disappeared

If you hired two private detectives to follow each other . . . er, didn't expect that.

If America left Europe to fend for itself. Mm. 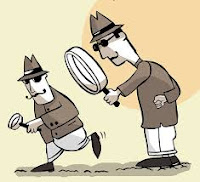 Then lots more major concerns that humans might consider: what if the sun stopped spinning, what if the Earth stopped spinning, what if there was no moon, what if it really is made of cheese (not really) etc.
And a more in-depth one: What would happen if the sun suddenly became a black hole without changing its mass . . . think we could probably imagine what would happen.
And just for fun, and that I should be doing a job I want to put off, I just tapped in:
Supposing that, and the 3rd answer (the first two were to do with missing trains) and found:

Supposing that the rat weights follow a roughly normal model.

Enough Google for now, I think. 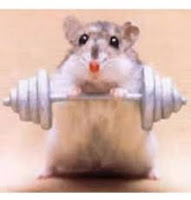 Posted by writing and other stuff at 04:27