I lived in Dorset for about seven years and visited the county during many school holidays before that, but somehow failed to make the trip over to Brownsea Island.
Brownsea is the largest of eight islands in Poole Harbour and is reached by a cheerful little yellow ferry, the voyage taking about twenty minutes.
I think if I had visited during those years it would have become a regular haunt - with a National Trust membership as the fee plus the ferry return trip adds up. Or, perhaps it might have been worth buying a tiny boat and traversing the straight myself - or not - the swell from a larger vessel cutting across in the other direction was quite impressive . . .
Amongst many other historical facts on Wiki, I was interested to learn that the whole island was purchased in 1927 by Mary Bonham-Christie for 125,000 pounds, and as she was a recluse by nature, ordered all other inhabitants to re-locate to the mainland. Nice.
Nowadays the island is a carefully preserved nature reserve and home to many water birds, bats and red squirrels - not that we saw any. But we did enjoy the walk, the peacock flocks, the views of sparkling not-at-all brown sea and an excellent National Trust cream tea.
I had a sudden longing to live on a very small island as the ferry left - just the sight of those waterside houses - bit of fishing, tend the salt-brave plants, sit outside and watch the sun disappear over the sea's horizon and later listen to the wind buffeting the pine trees in front of a evening fire. 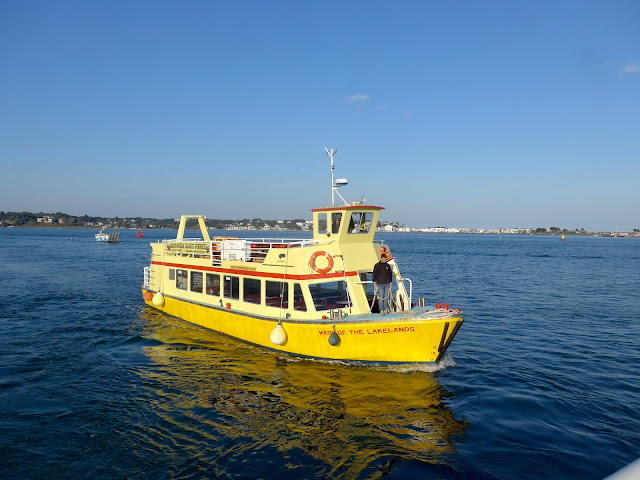 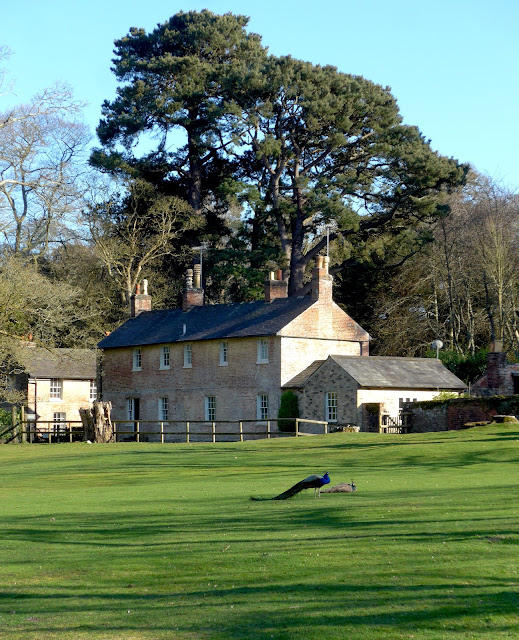 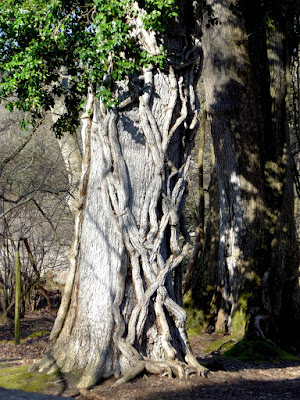 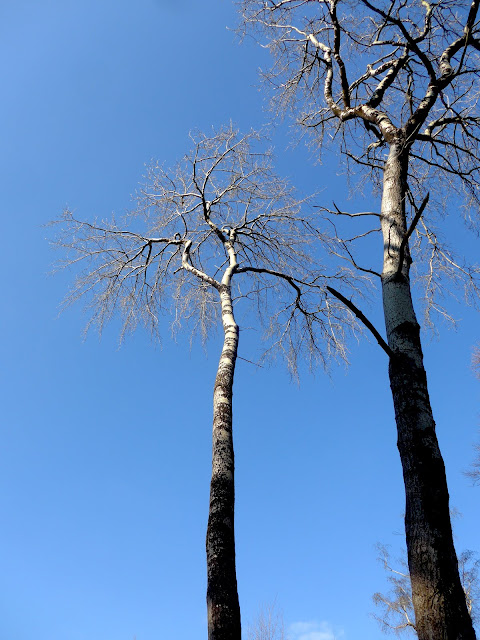 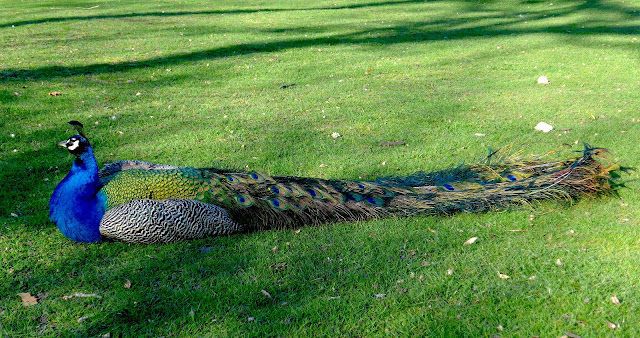 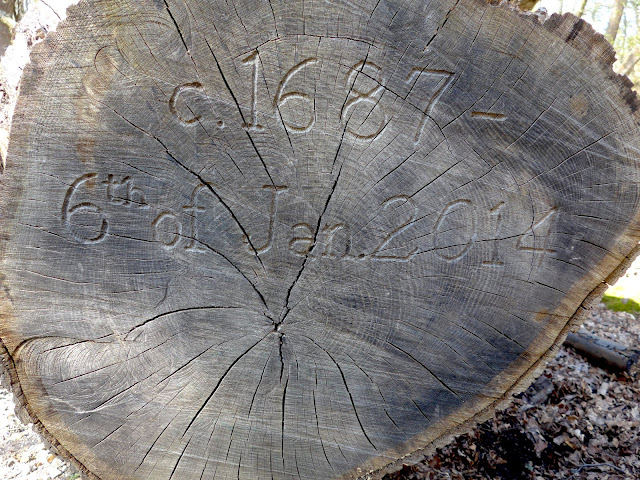 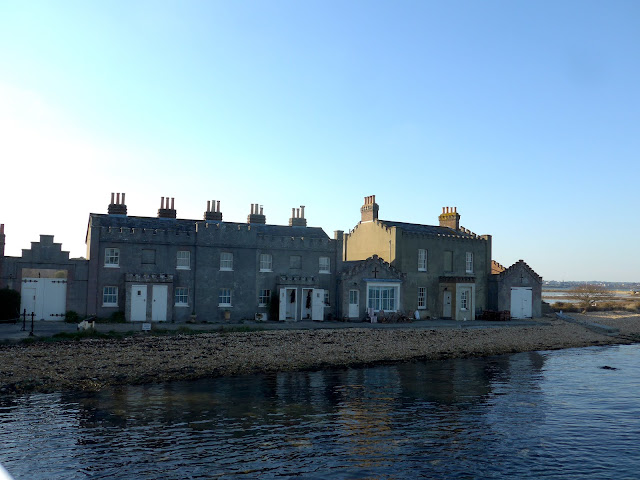 View from the departing ferry