by feeding the birds. A tiny act of something positive in a troubled world.

After reading that garden birds' legs and feet can become entangled in the 'fat ball' nets that we have bought in the past I recalled my mother making fat and seed feeders from butcher's suet and seeds - melted fat, in a small pudding bowl add the seeds, a length of twine to suspend it and let it cool. Of course back then no one sold fat balls in nets or otherwise that I can recall; it was probably something she remembered  her mother doing with leftover fat from the Sunday roast. 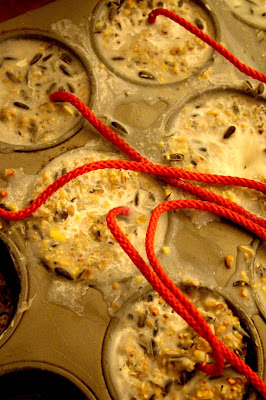 When we bought our rather posh bird table from a lovely little bird-obsessed outfit on the outskirts of Angers the guy told me also to be wary of the nets as the common 'green ones' contain virtually nothing of any nourishment, the yellow ones, slightly more and the orange variety, better. And you if you buy them in bulk then there's a massive plastic pot to add to landfill (plastic recycling . . .) Better to go for the home made version. Coconut shells can also be used to 'house' the mixture, and vegetable oil can be used if wishing to avoid animal fats.

More home made items today in the form of Sumac 'lemonade' and Sumac spice. The former worked well and required nowt else other than picking the flower heads, soaking them overnight, draining off the slightly amber/pink water and drinking it - pleasant, slightly citric flavour. The spice failed as I think I made the heads too wet but will try again next year with younger flowers. 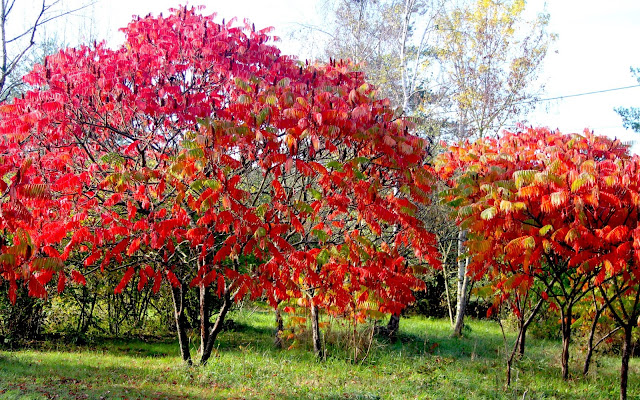 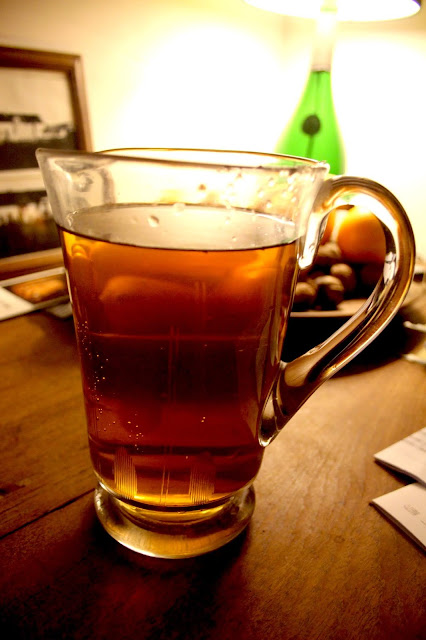 Interesting how the 're-confinement' or 2nd lockdown is alerting my foraging and 'make-do' character traits - probably along with many other folk. I noted the abundant nettles, plantain, and dandelions out on our allowed dog walk earlier. Nettle soup tomorrow, found salad leaves, gleaning the local fields for overlooked squashes and beets...

Posted by writing and other stuff at 10:52