We are surrounded by them.
On my own personal list of extraordinary-ness for today - the fact that when I woke up this morning my knee had inexplicably stopped aching; that we managed to acquire an entire boot-load of perfect, untreated wood from the dump, thus replenishing the wood pile, and that the boy mopped up the floor after the dog peed - without me asking him to (boy mopping, not dog peeing). Tiny, insignificant things of no consequence other than to me and the rest of the family.
Then the slightly bigger scale things: blossom coming out in February that should be making an appearance in March, and the machinery involved in replacing railway sleepers on the line opposite our house. I just stood and gawped in amazement this morning at the variety and complexity of the yellow machines, heaving, grinding and lifting. How does anyone create a machine like any of those? I could just about draw one, but to think it up and put it into construction? extraordinary, like I said.
In the category of extraordinary things that are not of great world consequence, unlike uncontrollable weather conditions, (or possibly controllable in the long term, some would argue) and Kim Jong-un's activities, I would add the acting abilities of Matt Damon and Michael Douglas.
We watched, for the second time, last night, Behind The Candelabra. 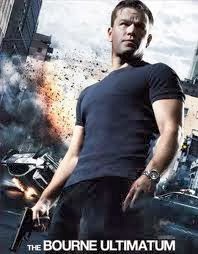 How wonderful to watch two such type cast actors embracing such an utterly different subject.
Matt Damon stars no longer in my mind as bloodied Bourne crashing though buildings bristling with weaponry; nope, he's stuck for ever in a white Rhinestone-encrusted chauffeurs outfit, with a light application of lipstick. 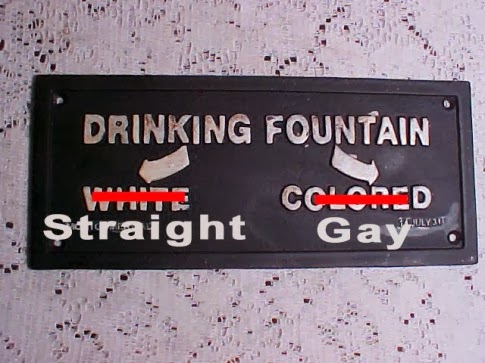 Moving on to a category of total 'uh what? and following on with the theme of gay.
A visiting American friend this morning noted wryly that they probably wouldn't enjoy the film in Kansas.
Apparently, the Kansas House of Representatives has overwhelmingly approved a measure to bring anti-gay segregation to it's state - allowing shops/cinemas/hotels, etc, to eject people; making it possible to fire people from jobs on account of their sexuality, and even meaning that a policeman/firefighter/doctor, et al, does not have to assist someone gay, if interacting with a gay person violates his or her religious beliefs.
In fact, no one is supposed to enjoy the film in the U.S . . . it's not on general release and only available on cable T.V. as it was deemed to be Too Gay.
Shouldn't people be worrying about something that really matters rather than a fellow human's sexuality? like how we can keep the world from caving in on itself due to our own stupid actions.

sign image from politicususa. Sorry who ever made the Gif image of Matt Damon, I can't find it again to credit - but it's wonderful.
Posted by writing and other stuff at 01:58