Our day out in Bram

Last saturday dawned manky and damp. I would like to have been about to explore the streets of Miami or Valetta perhaps but instead we were going to have a trip out to wander around the train station at Bram. Ezra's choice, and to be fair, quite a good deal really: half an hours worth of petrol, some sketching and a cup of tea if we could find a café.
I refused his first plea for a mooch around the station at Castelnaudary (see previous posts) as it was further and we'd only just been there.
So, for anyone looking at this blog who is under the happy impression that the South of France is all espadrilles, lavender and dawn to dusk sunshine, here is the reality . . . February in the middle of a windy plain somewhere between Toulouse and Carcassonne. 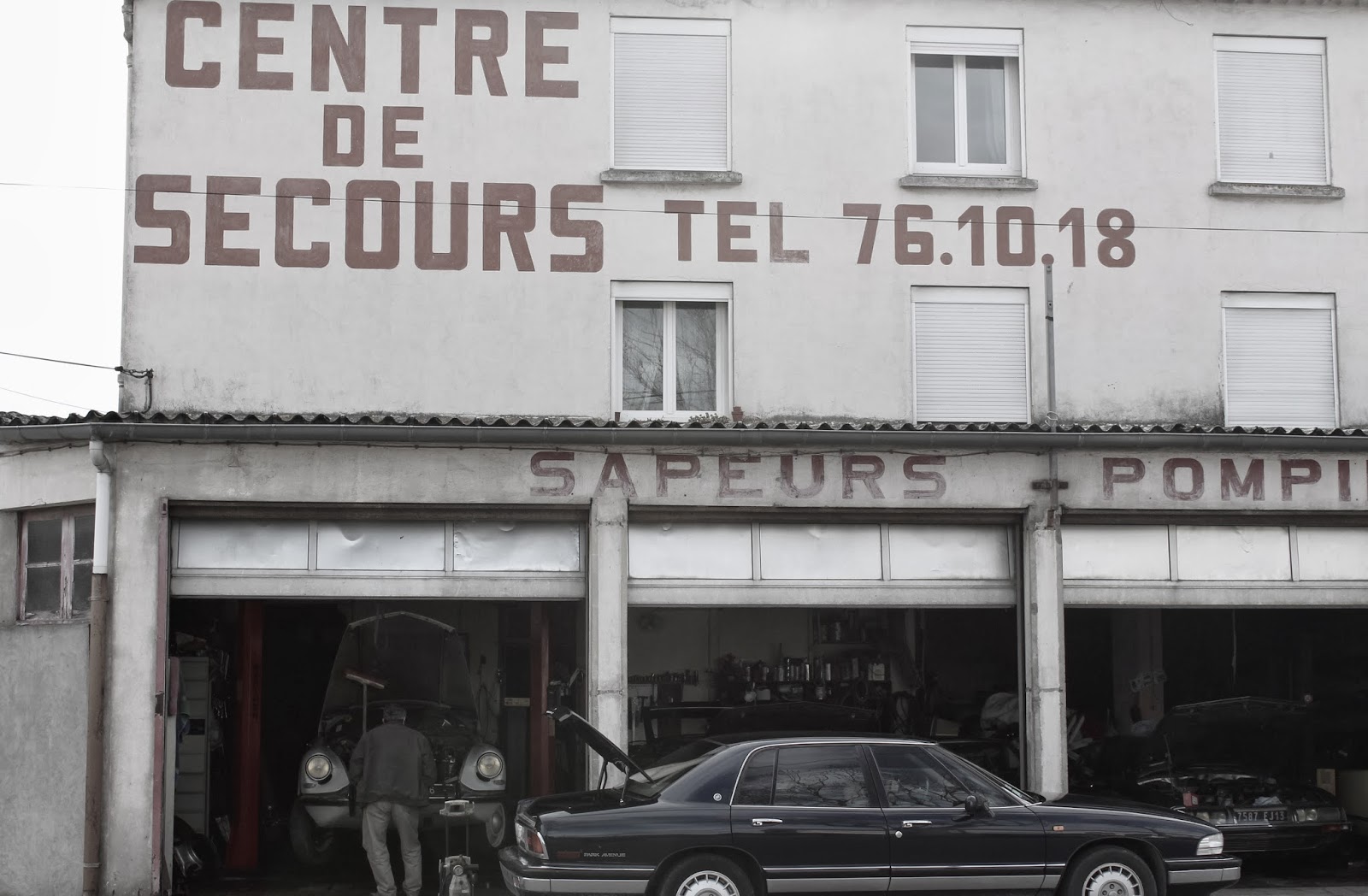 The old fire station of Bram (Centre de secours = centre of HELP) not sure where the new one is, or if they have one?
Thinking someone was attacking a Citroen DS with a broom, I was about to go and ask if we could have it (car, not the broom) but then realised it was just a way of holding the bonnet up. 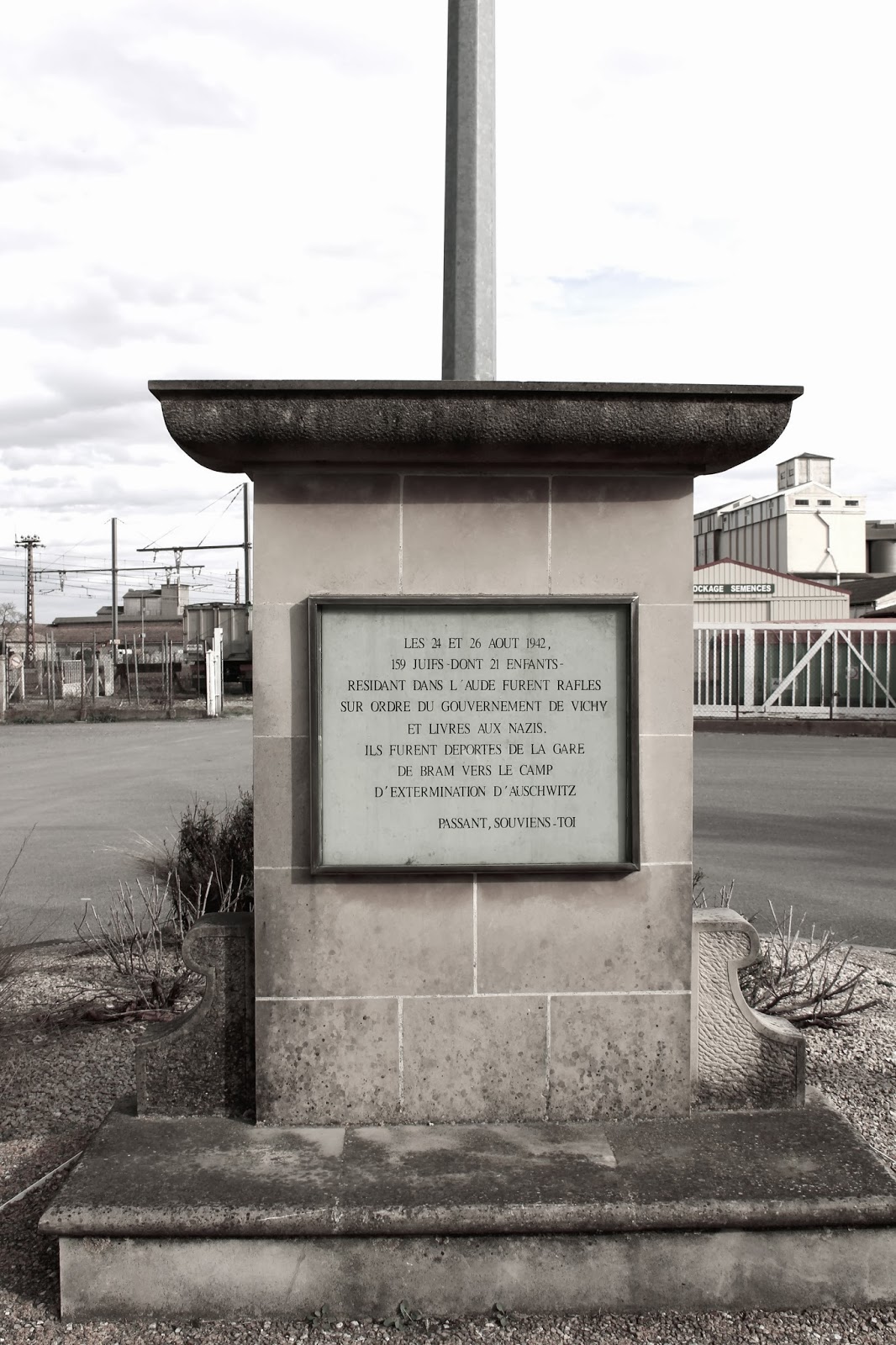 A rather moving, and uncared for, monument near the train station, stating that it was here that 159 Jews (of which, 21 were children) who were resident in the Aude department, were taken in a raid, by order of the Vichy government and delivered to the Nazis. They were sent from Bram station towards the extermination camp at Auschwitz. 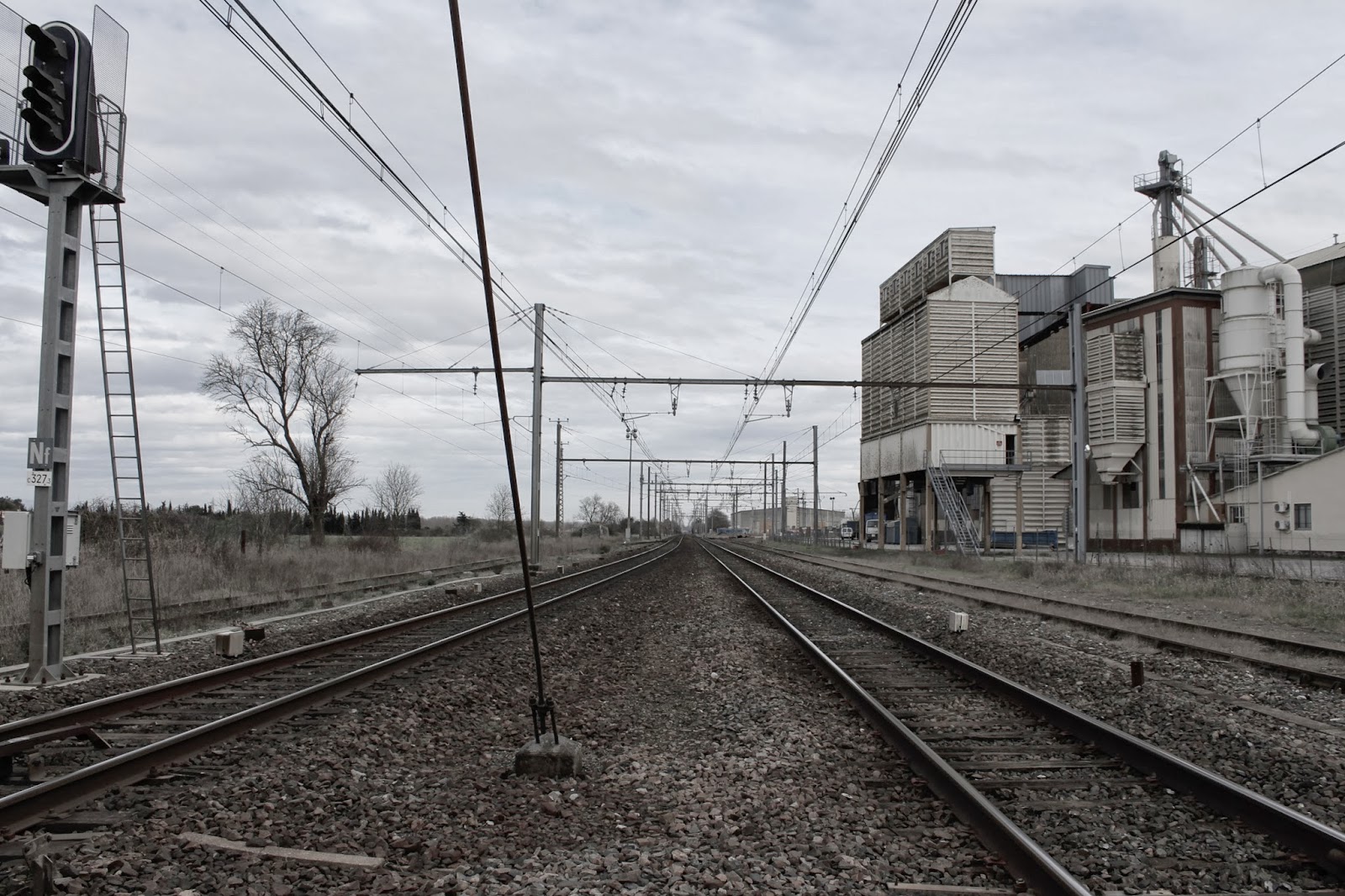 While I was standing in probably a rather stupid place, a memory slipped into my mind of my first encounter with PERSPECTIVE. Drawing that is, not an angle on life - that came a bit later.
I was in a tea room in Muswell hill with my mother, at the age of about seven, and I was drawing something as usual. A man sitting on the next table asked me if I would like to know how perspective works. On a paper napkin he drew something very like the scene above and I suddenly understood a little of what Uccello became obsessed by. All my drawings for a short while were full of lines zooming towards vanishing points. I wish I had kept the napkin. 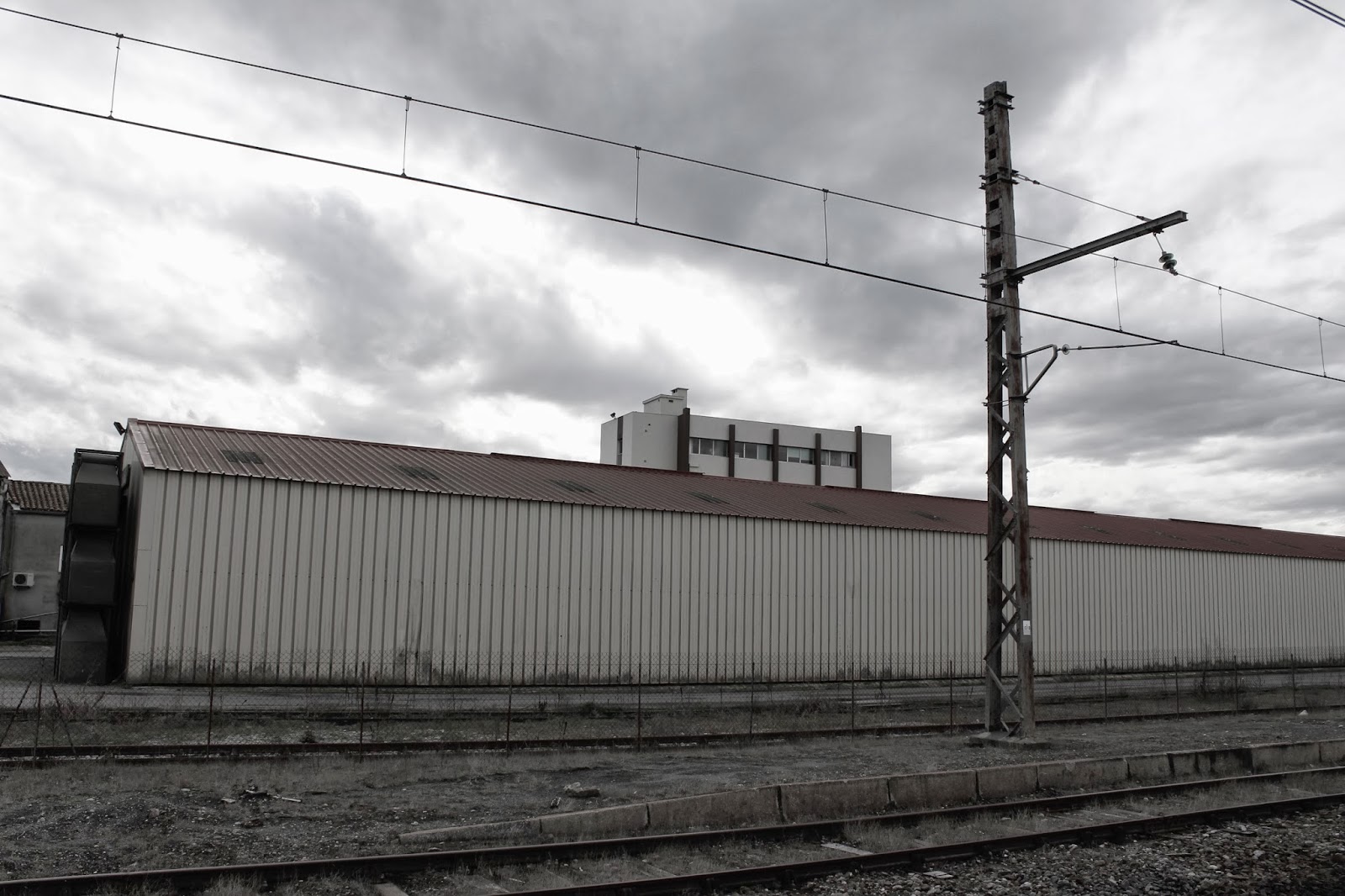 A slightly menacing building, hiding behind a factory. 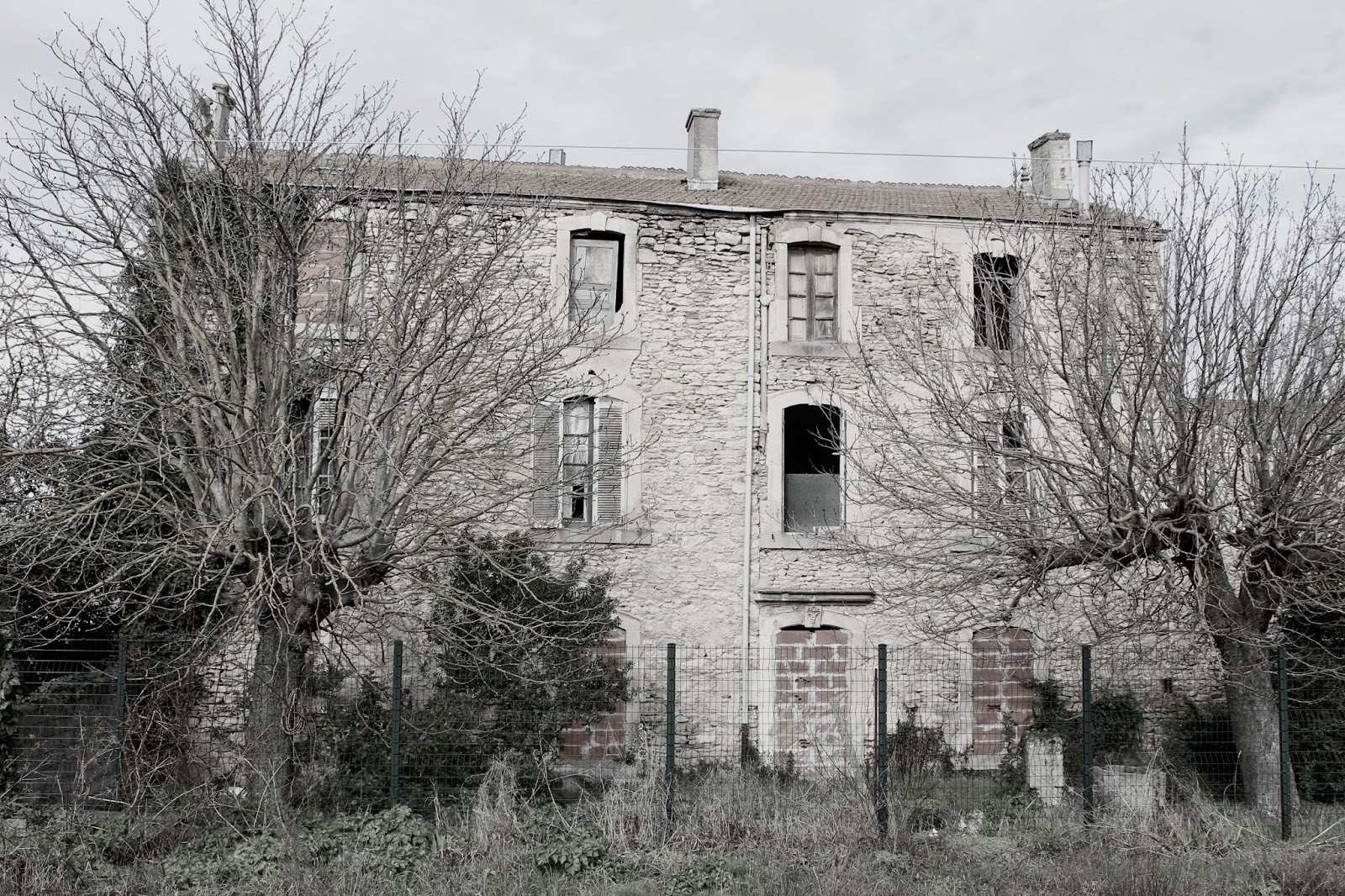 A sad building next to the railway. I wondered who owned it and why it had been abandoned - perhaps in favour of one of the box-like pink villas dotted around the outskirts of the town. 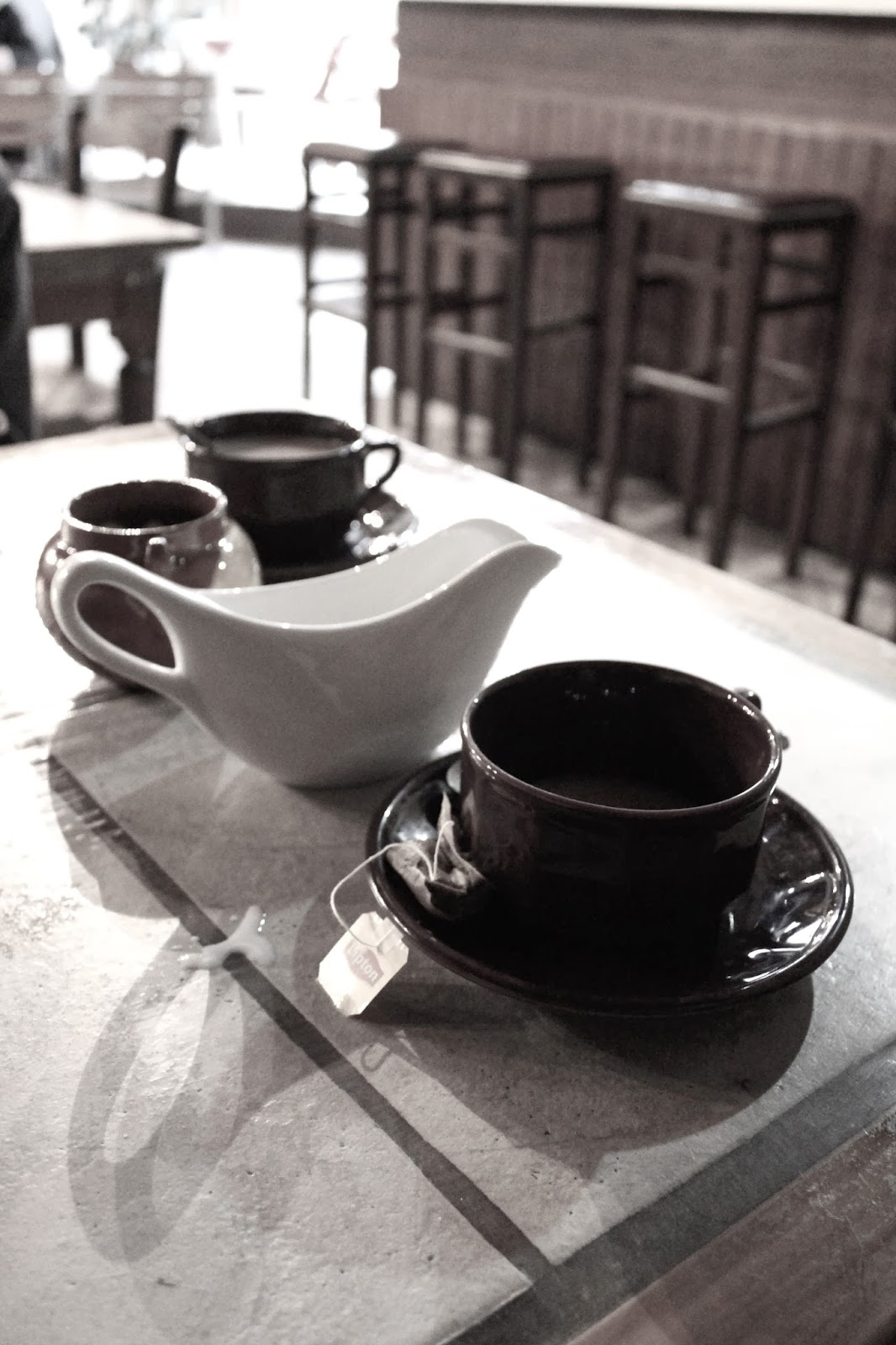 The highlight of the trip - a cup of tea in a time-forgotten café in the centre of town. A typical French version of a 'nice cup of tea': cup, containing almost hot water and 'yellow label' teabag on the saucer. At my request for milk, the café owner disappeared for ten minutes, returning with a gravy boat of milk, by which time the tea was cold. Not quite the National Trust experience I was lusting after, but it sort of did the job.
The café itself was one of those places that was put together in the early 70s and never touched again. The bowed Constable-type prints in their rustic wooden frames hung lopsidedly in the dull light from several suspended cartwheel lamps, and in the window sat a dining advertisment of a small table, candles and faded orange plastic chairs. Wonderful. 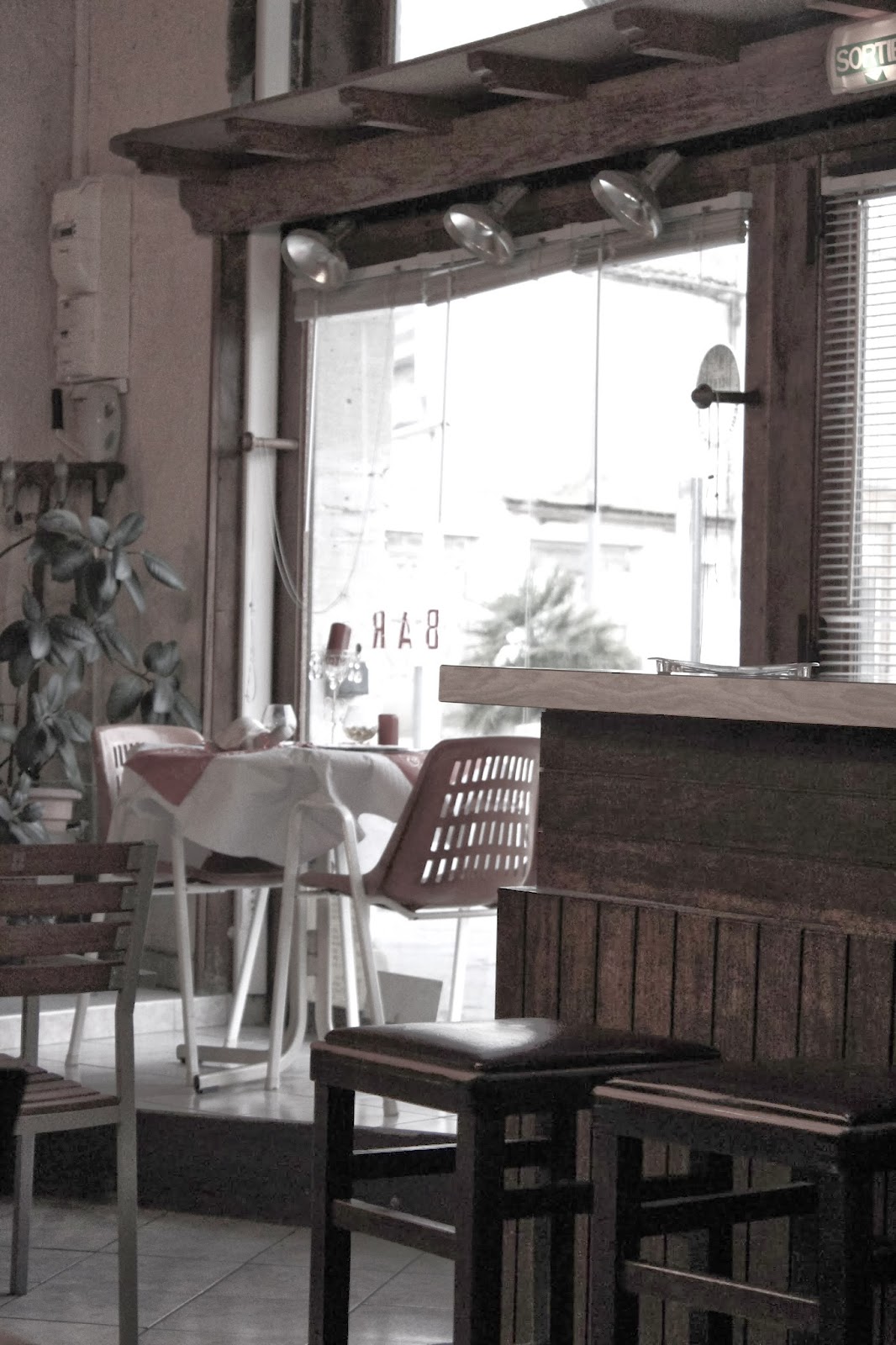 We did find the church, which was in need of more illumination in its central areas. The only church I've ever been in that smelt of toast rather than the usual musty damp stone. 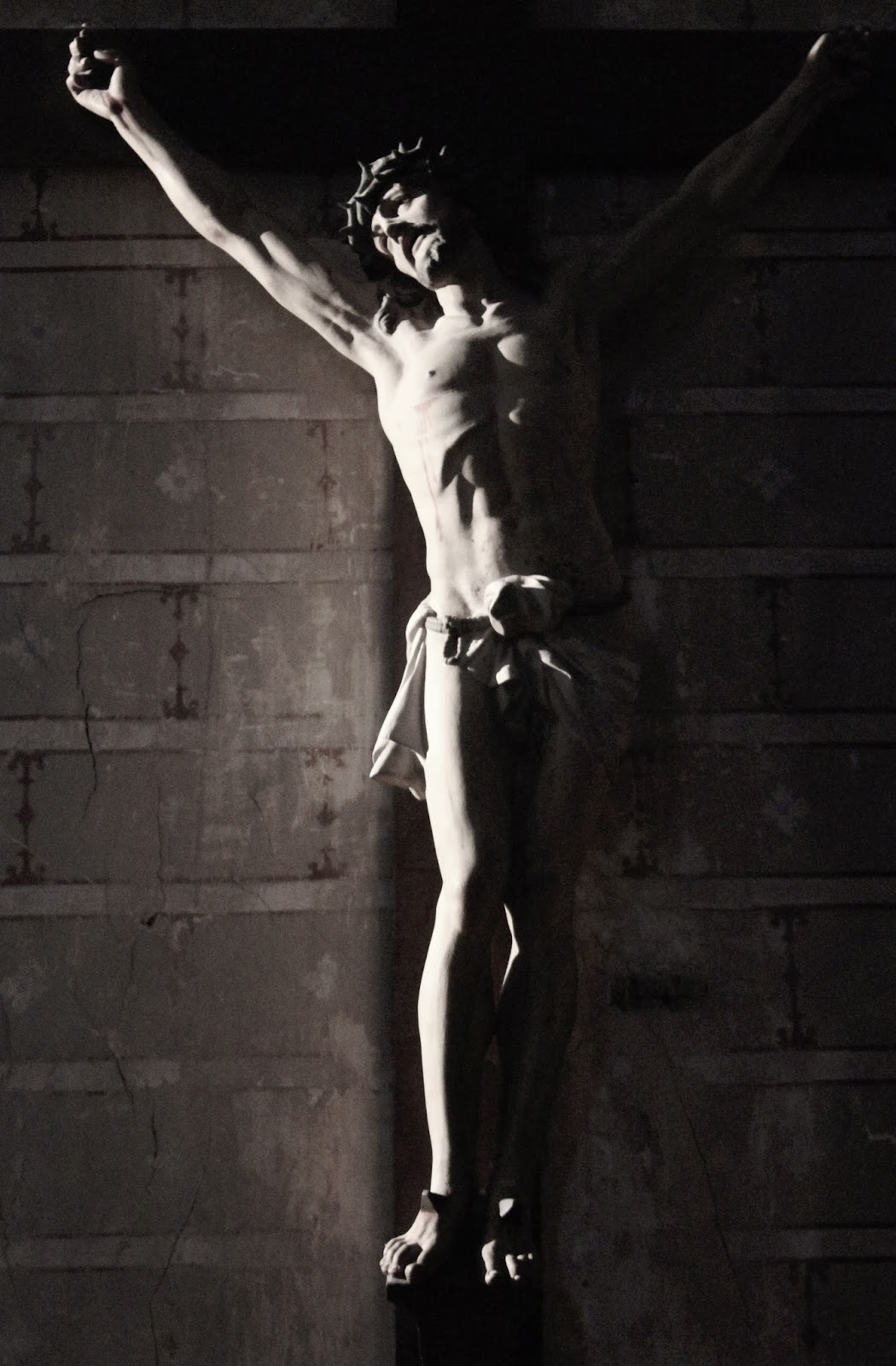 And so, back to the car with hungry dogs and slightly disappointed Ezra - again we hadn't witnessed a TGV passing at 200 KM an hour.
I'm sure there are some more scenic parts of Bram, but it was the semi-derelict buildings, each with their ragged collection of pigeons, that were the stars of the day. 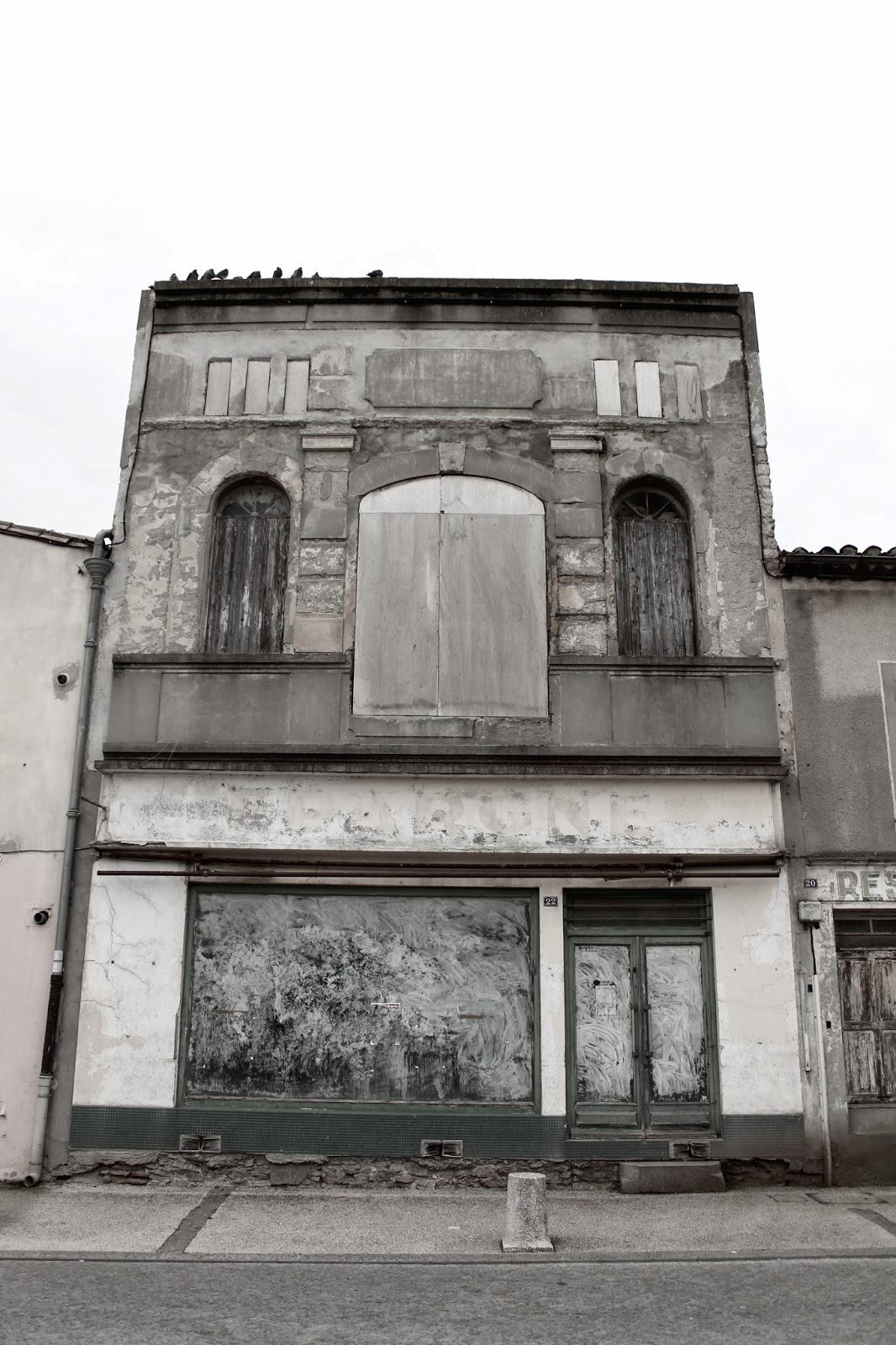