Hair through the ages

Well, mine through my ages.
Some people I know have always had pretty much the same hairstyle. My friend Jo for example; for as long as I have known her she has had beautiful blonde, well-behaved hair, cut in a longish bob: why change it? I suppose if I had well-behaved hair I might leave it alone, but it's that sort of slightly wavy, not curly, a bit frizzy and generally annoying. Or perhaps everyone thinks that . . . do people who have wonderful corkscrew curls, long for placid unflappable hair? Or vice versa.

My first 'style,' wasn't. It was just my hair, long enough almost to sit on: a blonde mane with a sort of rasta mat underneath as it was rarely brushed except if my mother really insisted.
Then at some point it got cut, can't remember when, and I can't remember how long, short or anything until . . . the 80s.
Yes I had a perm, worse than any footballer. I used to ride a moped and on taking off the helmet, rather than being able to swish a shining waterfall of hair, a statically manic ball of hair would spring forth.
The perm went fairly quickly, replaced by, I actually can't remember what. My only memory of that point in the hair diary was getting my ear cut by a hairdresser in 'Blow Jobs' (really, I kid not) in Bournemouth. Blood spurted impressively for some minutes, the upshot being a free cut.
During art college days my hair was blonde, pink, blue and cut by friends; people high on stuff, by myself, and once, shaved bald for a photo shoot, earning 50 quid. 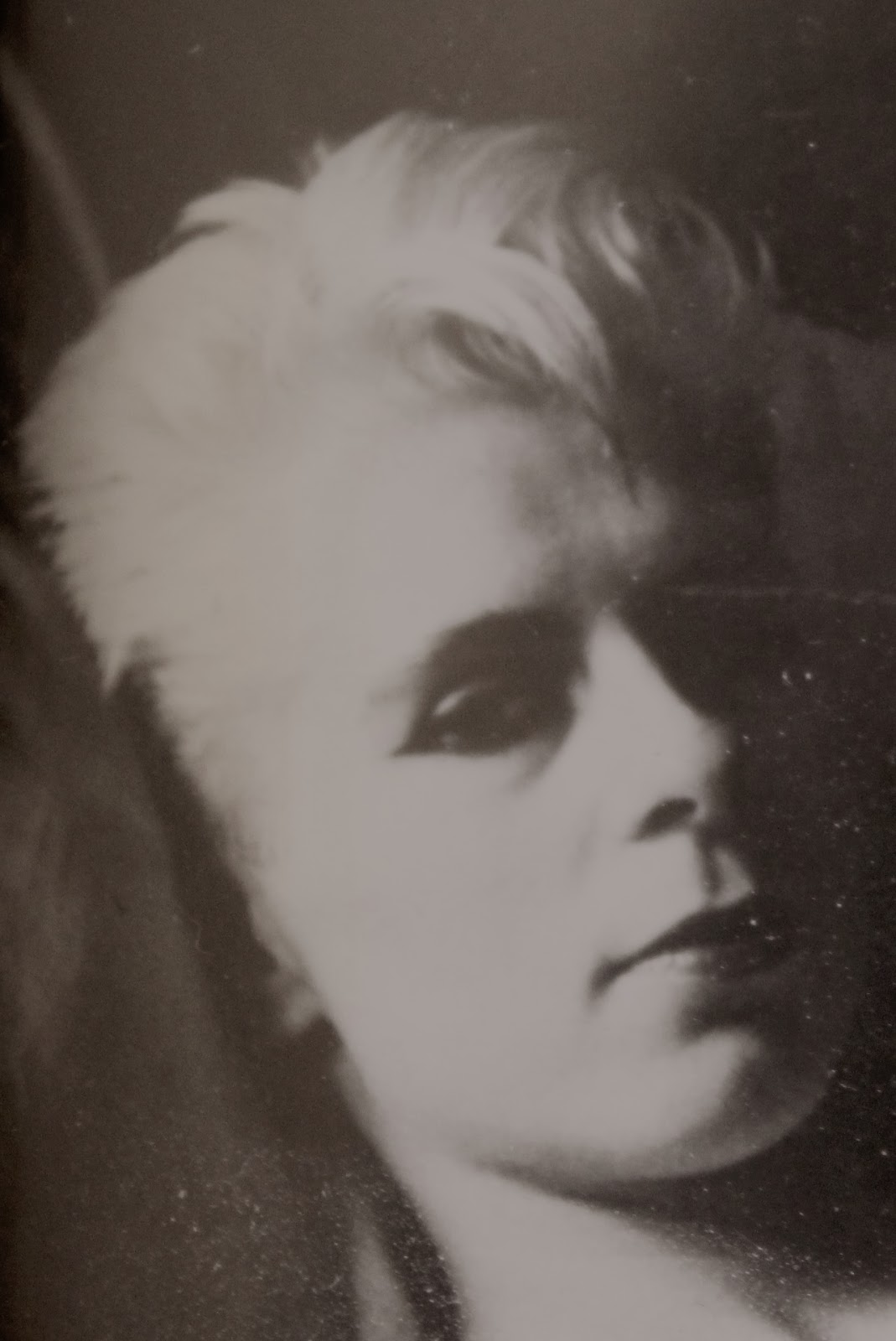 Post art college I was living in London. Having NO money, I discovered a hairdressing school on Tottenham Court Road where you could pay a couple of pounds for a 'style' as long as you were happy to let them do whatever they wanted. The result once was a blonde Teddy Boy quiff which was fairly awful; that then morphed into a series of streaked blonde and orange affairs, and then I went sleek and black-bobbed for a few years. 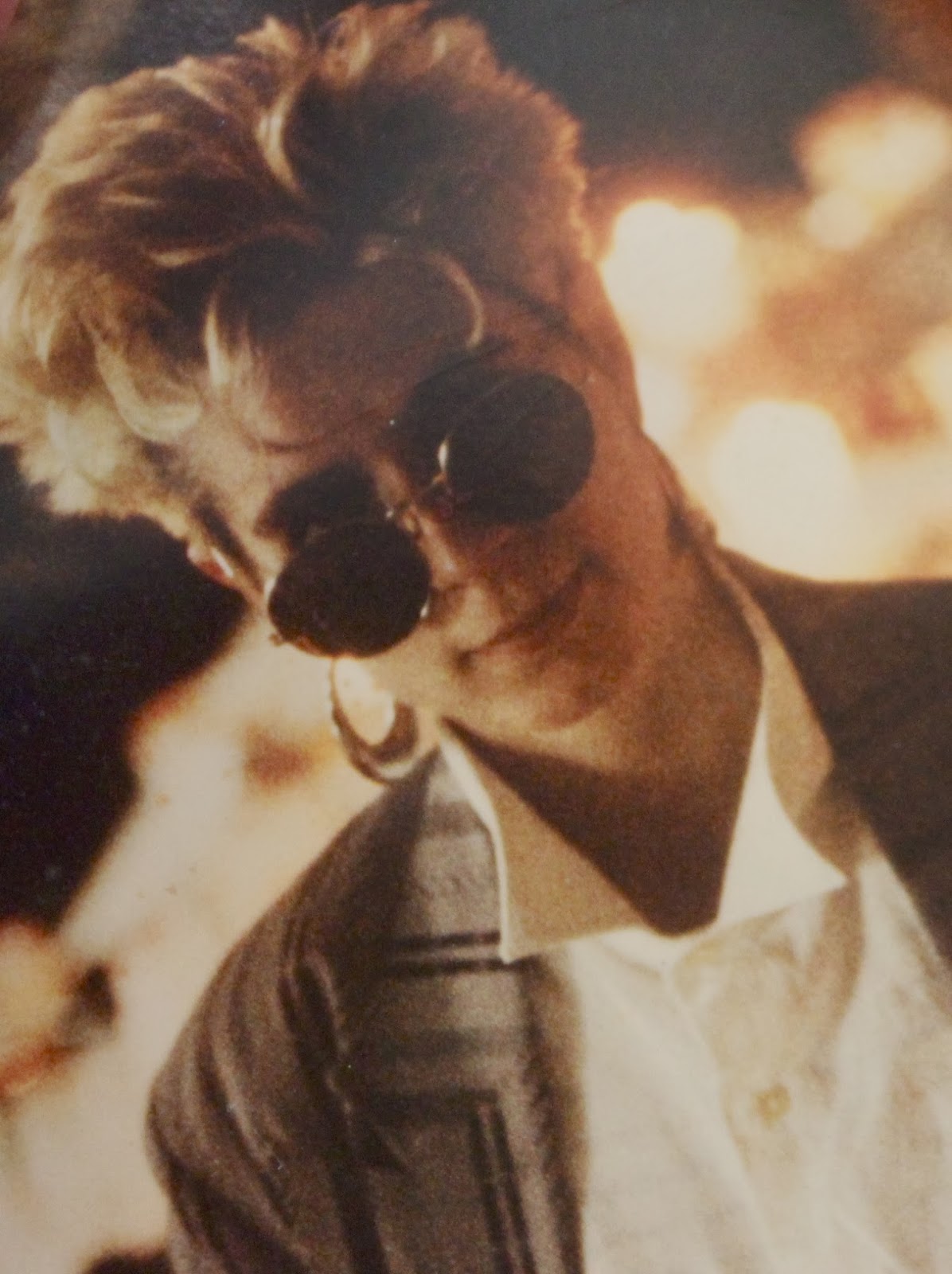 As The Bob is a difficult one to maintain, I eventually tired of it, and opted for various short styles, often cut by myself; sometimes looking like mouse attack, other times successful enough for people to comment on in a positive way.
When I had more money in London I used to treat myself to a rare jaunt to a State of the Art salon in Kensington, full of welded metal, funky mirrors and black leather-clad hairdressers. I was far to scared to ask what they were going to do, and it was always a surprise, usually a good one.

When I moved to Nottingham I would join the queue of elderly men at the barber opposite where I lived. The barber, probably around sixty-five must have cut about fifty heads of hair a day, barely noticing one customer leave and another take the chair. This was probably the worst cut of my hair history: the Flat Top - awful. 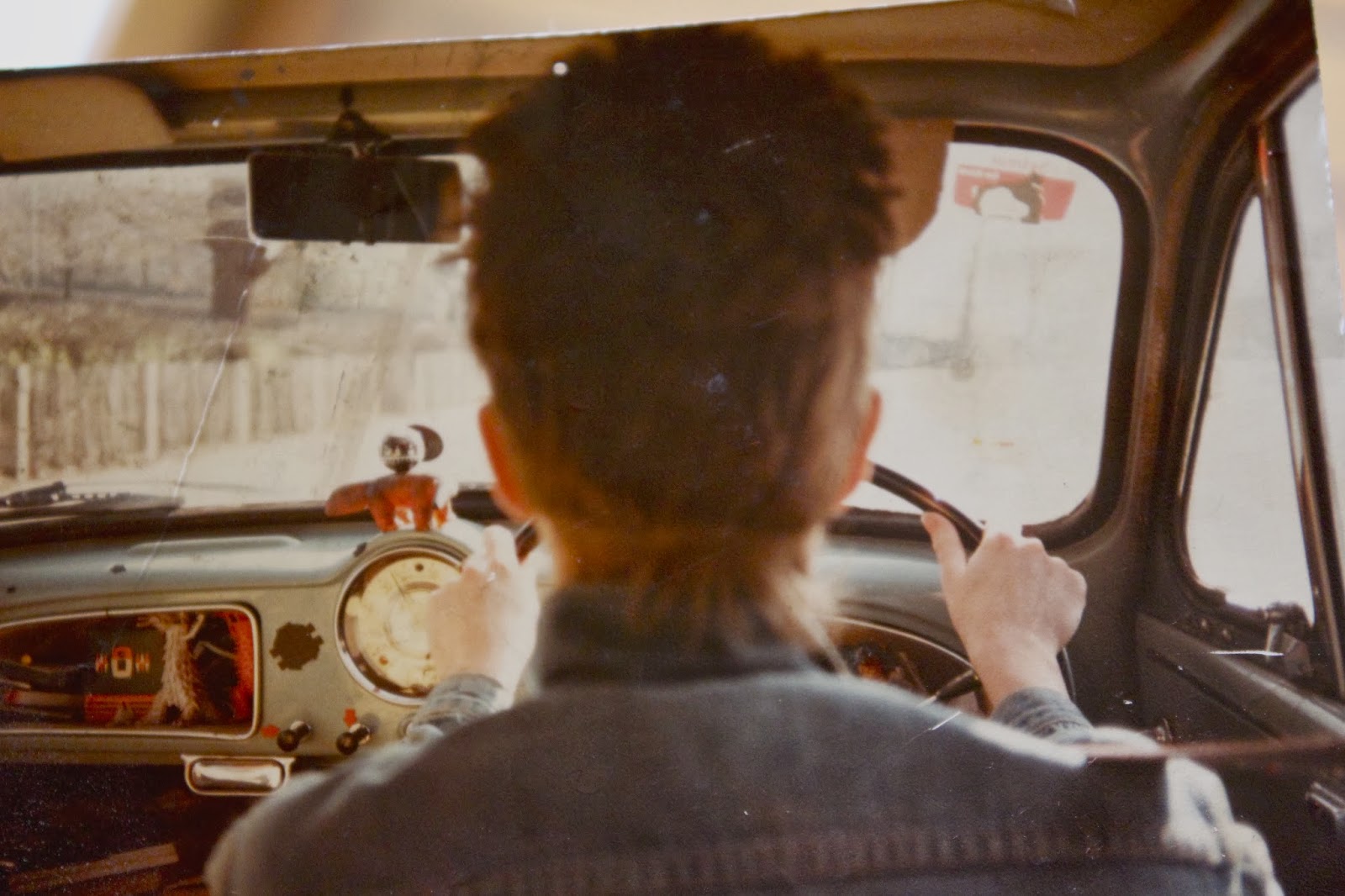 Wirksworth - Ian the barber, I think. And occasional forays into a real salon in Derby.

Birmingham - Ah yes, Marc the yakking hairdresser in a nice salon off the Lace Market. He was a very good stylist and incredible talker. I think I did learn his entire life history several times over.

Hairdo for our Wedding - proper, hyper posh, scary salon in the new expensive town centre development at that time - short, slightly aubergine - my hair, not the salon.

And so to France. 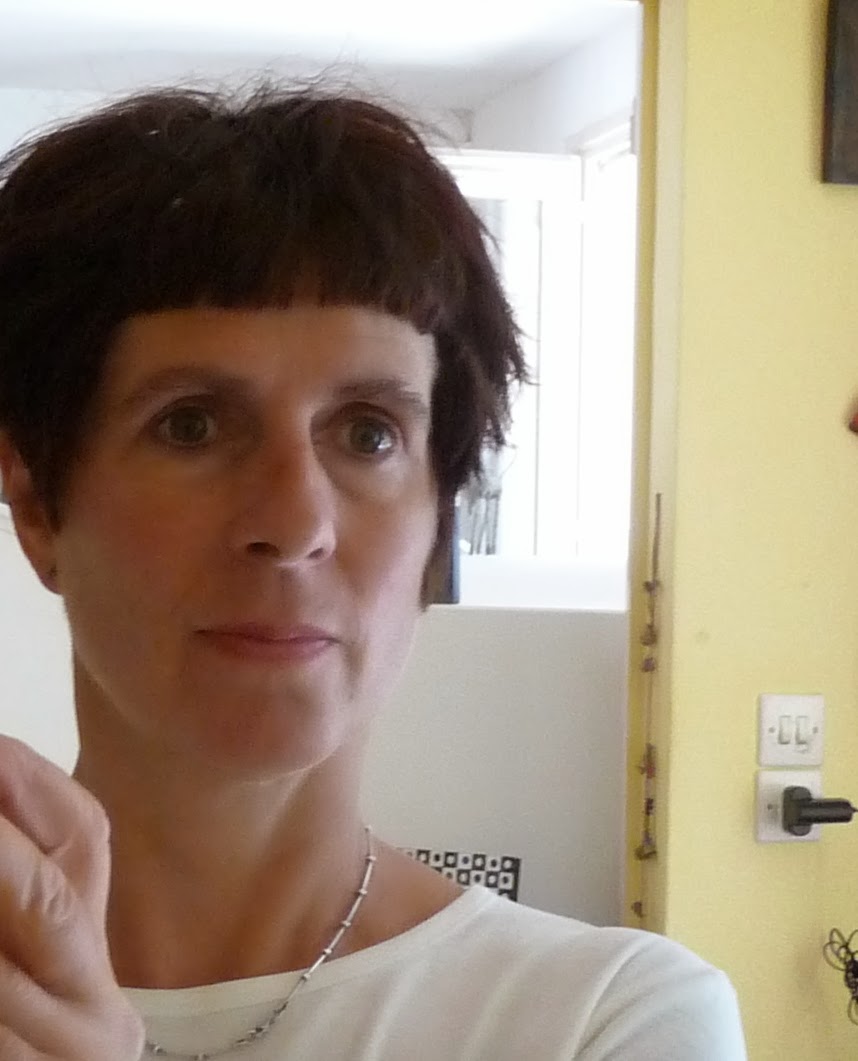 There are about twenty hair shops in our small town. I have been in about three of them.
They are all scary and full of women with new handbags and perfect nails at all times. The only advantage over British places is that they don't tend to ask if it's your day off, or 'you doin a bita shoppin', or 'goin anywhere nice for your holiday this year'?
Maybe they don't give a duck gizzard, or perhaps I give off vibes of total disinterest, but either way I have on those rare occasions managed to bury myself in a book and adjust my head-tilt as required. 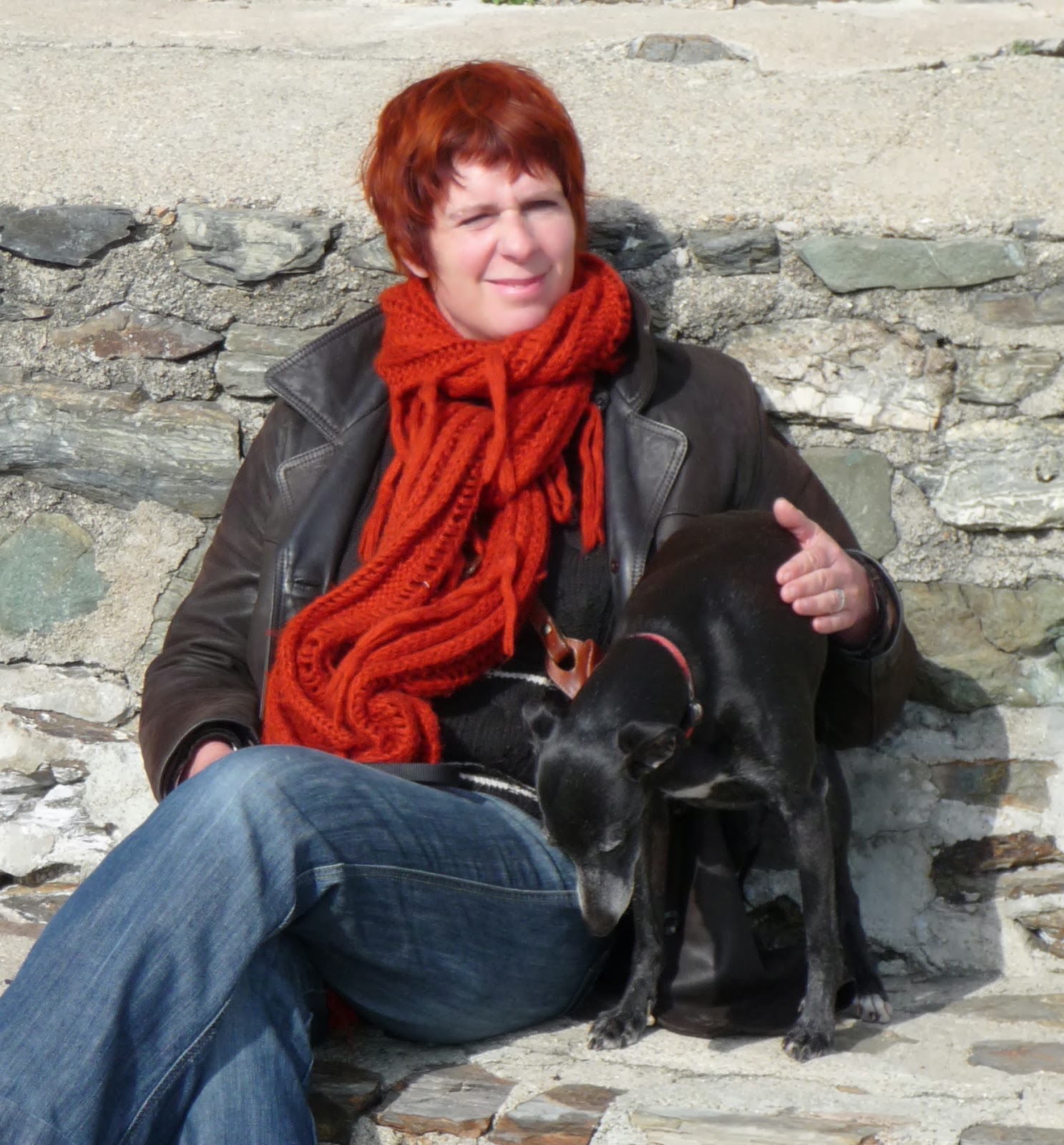 Then we met Alvin: super hairdresser, artist and photographer who lives part time in a small village nearby, and part time in New York.
He's brilliant. We trade hairdo's for car lodging at our place and it works well. Only problem is that during the times he is in the USA for long periods, the hair lapses into 'me and scissors', whereupon he will patiently do his best to correct the damage on his return. 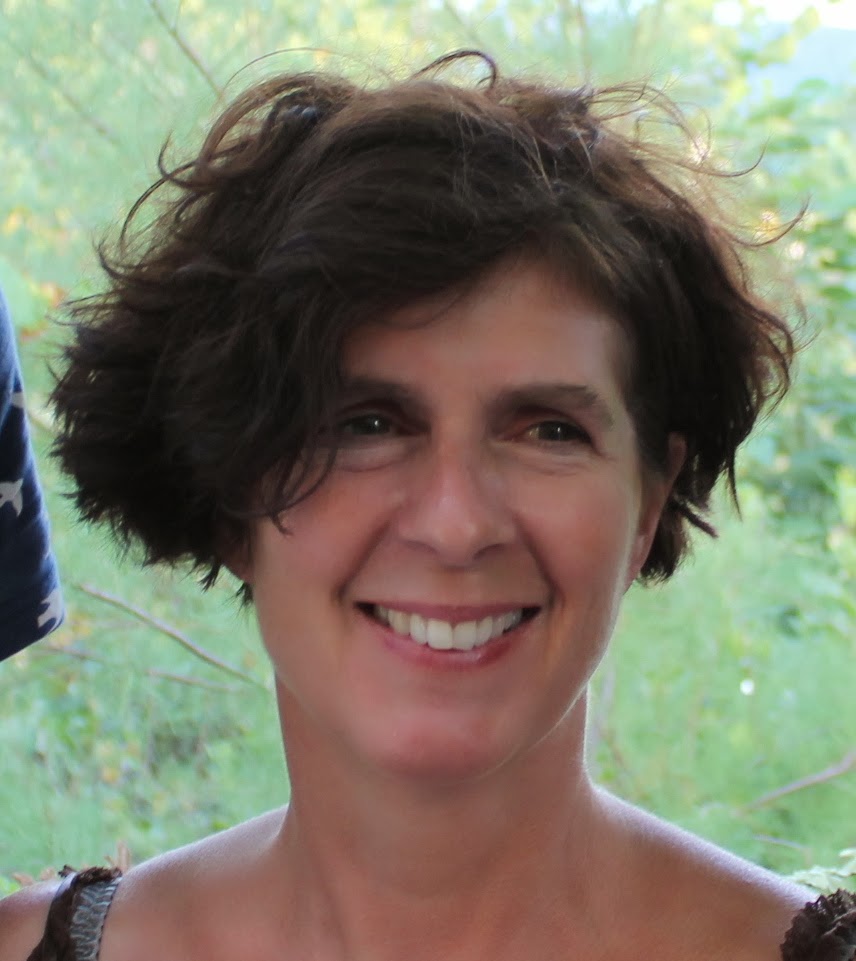 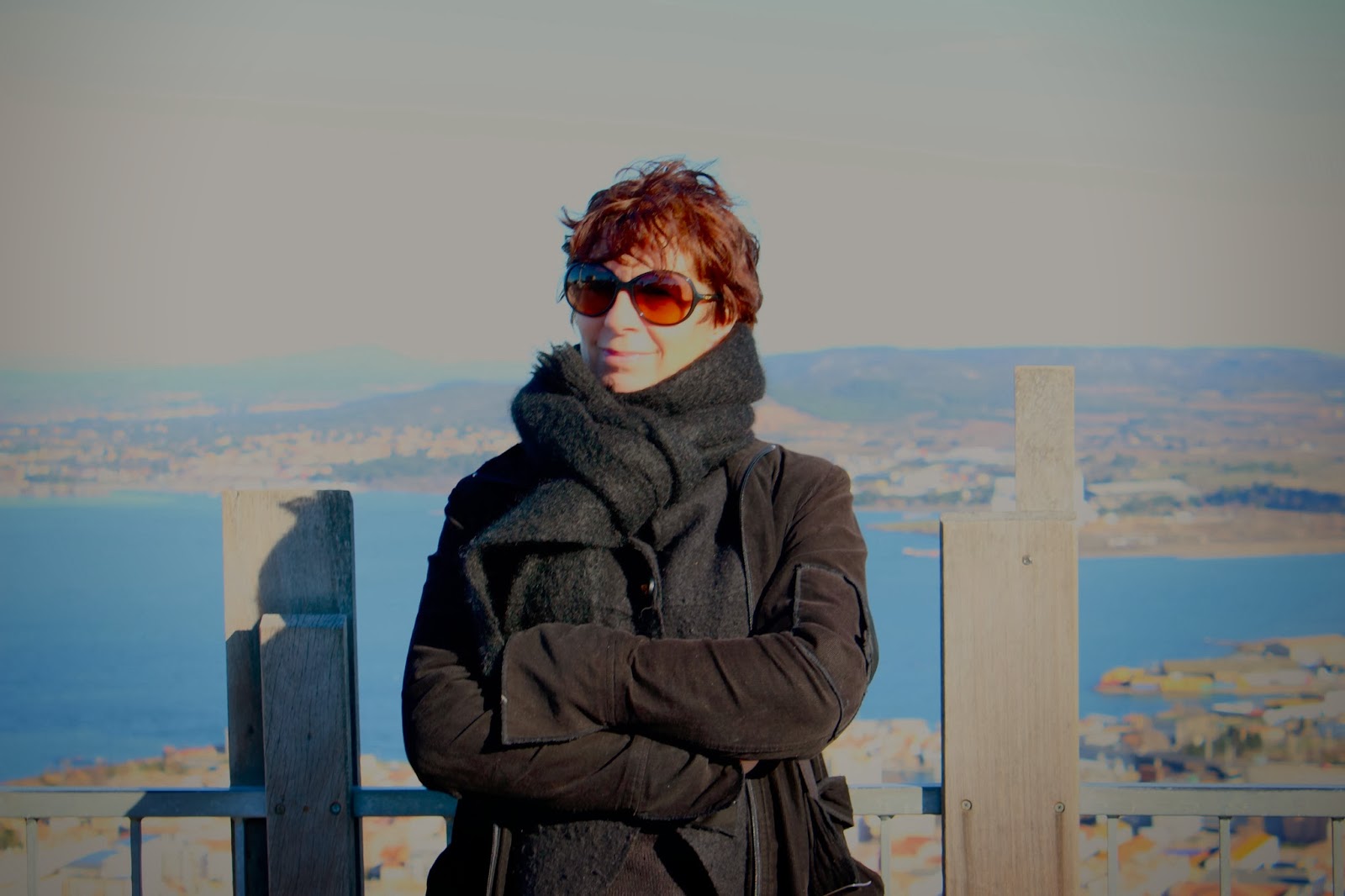 Having had a rather good longish side parted bob 'do' for some time, I've now had it chopped; mainly due to hair in the eyes becoming annoying and thus a woolly hat becoming more and more of a feature - in and out of the house.

So that's where I am at the moment: short, mousy, possibly the real colour I never saw all those years, before the grey descended . . . 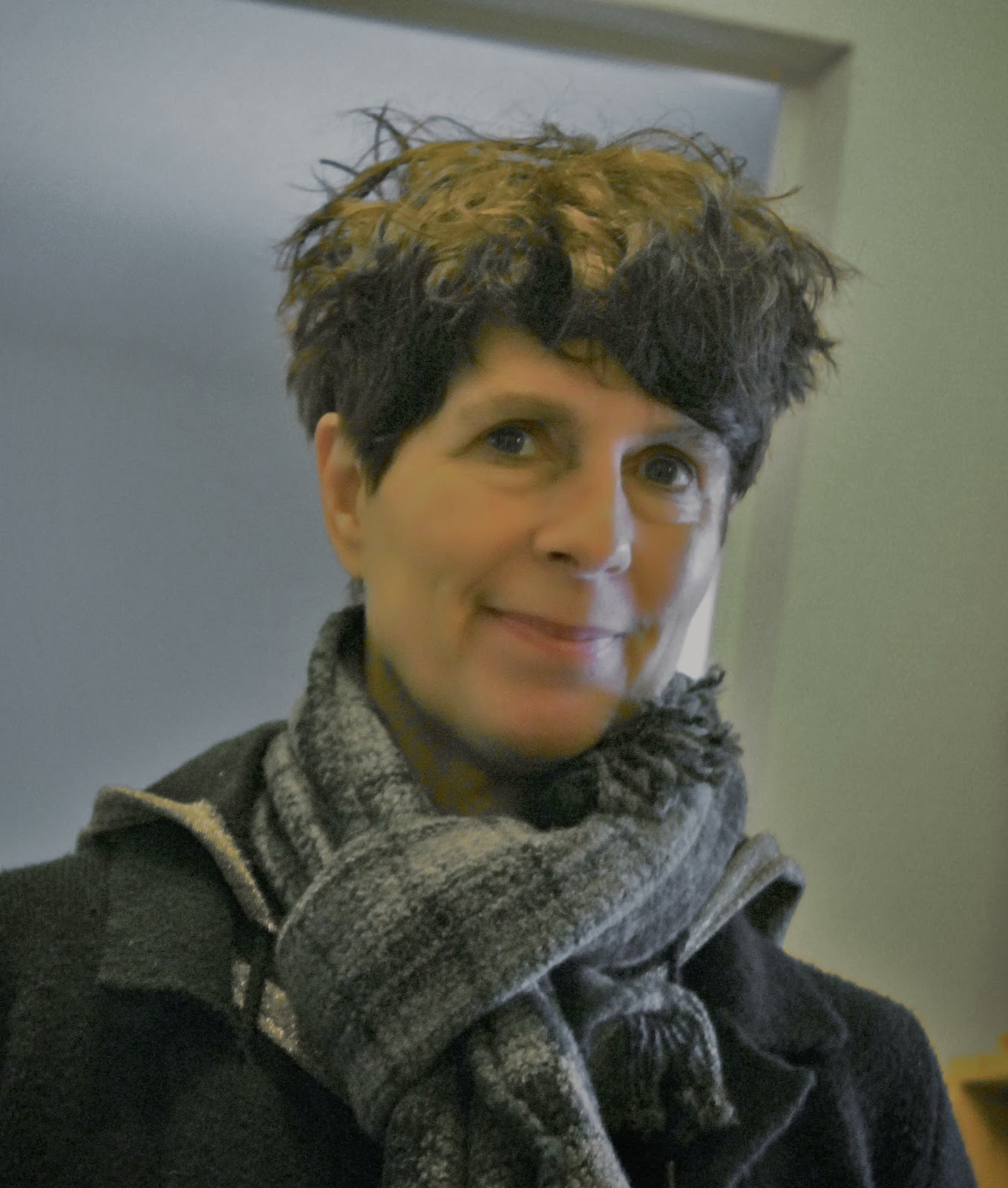 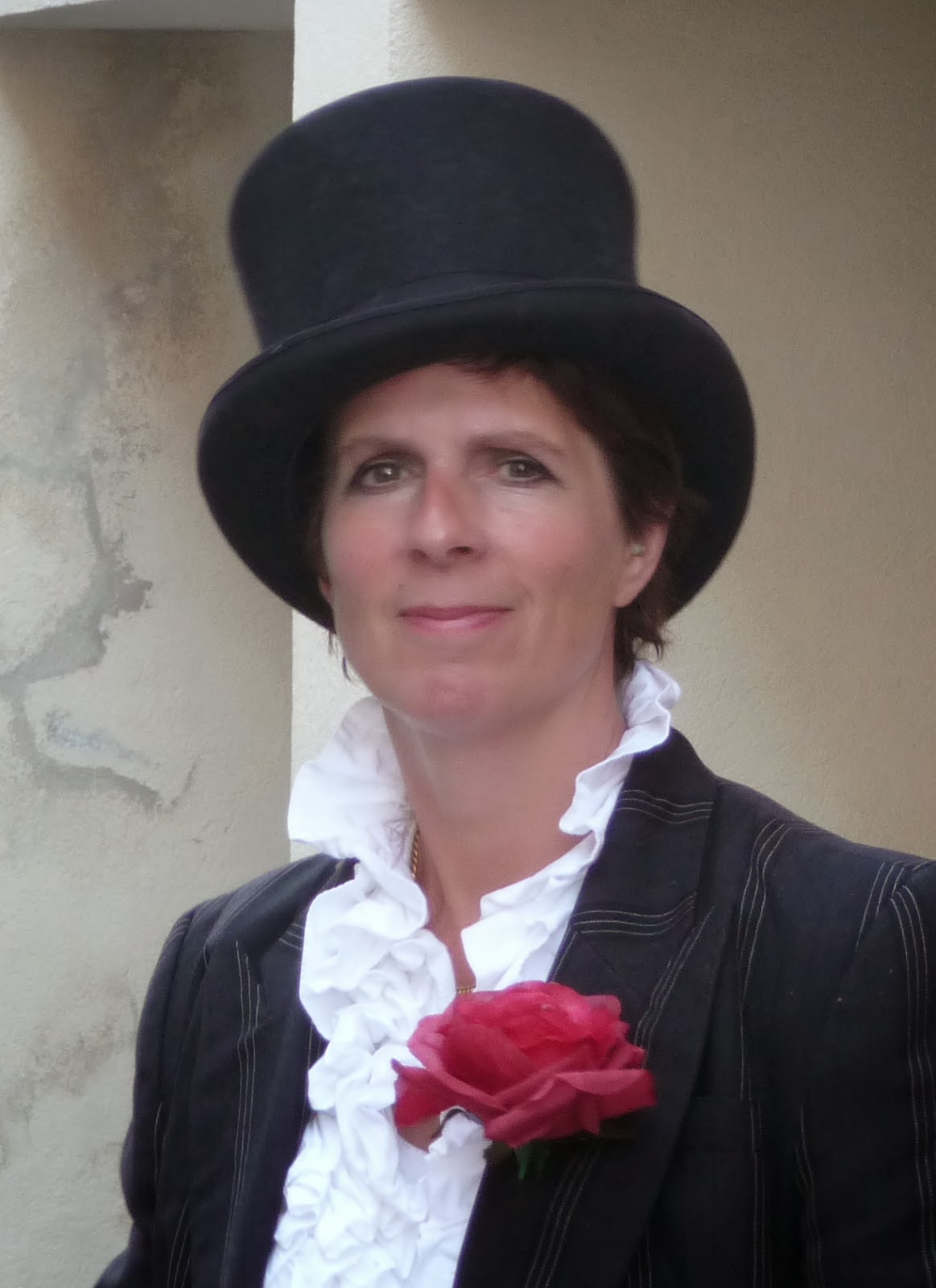 Posted by writing and other stuff at 09:58