I've never overly loved pantomime but for the last few years we've been going to an off-beat, eccentric production in the small Southern French town of Chalabre, and gradually getting involved in it - a few musical numbers, a few more, Mark doing all the music, and this year, me playing a character in a loose adaptation (very clever and poignant one) of Alice in Wonderland.
I've never acted before, sung on stage yes, but learning lines and saying them in the right order and knowing enough of the other person's lines to not come in at the wrong place is . . . challenging for the old memory banks.
It was a wonderful process to see all the scenery and costumes coming together, especially as this is a no-budget production: everyone finding and making what they can. This year for the first time the panto was put on in the little theatre of the village, not the large attic space in the house of one of the actors, which was good but odd though - less intimate, a more serious, slightly less magical feel to the proceedings.
The play was acted by both French and English folk, and was watched by both French and English folk, and, although the majority of the parol was in English, it didn't seem to matter at all - such is the power of visual silliness!
The director/writer (Pete Newbury) is suggesting that this could be the last panto he puts on (TONS of work) but I hope his script-writing brain starts chugging away before too long, and in time for another festive highlight to this drab part of the year . . . 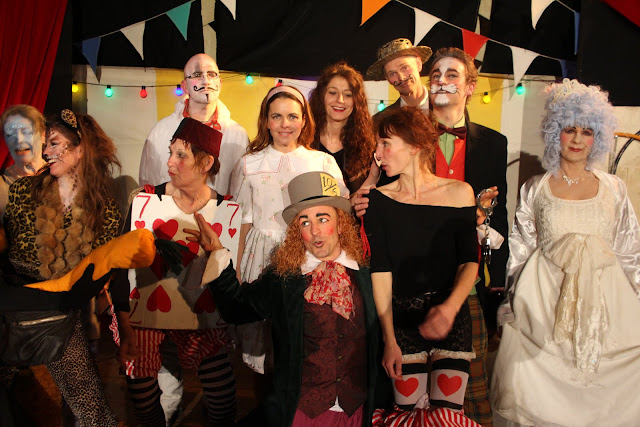 Me on the right as the White Queen (cockney) 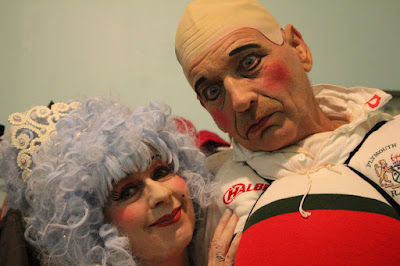 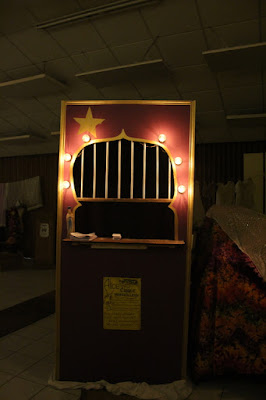 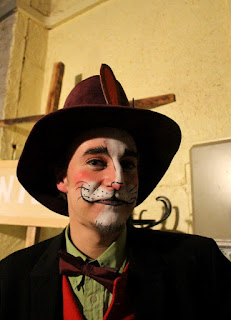 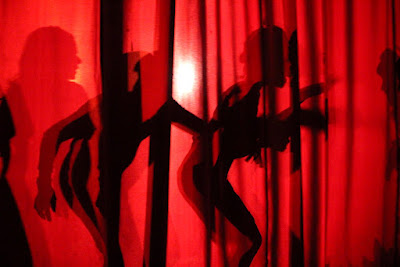 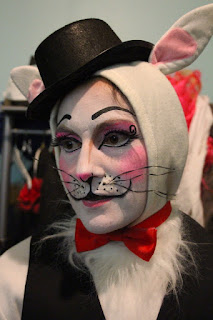 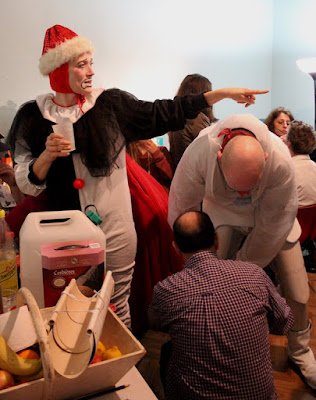 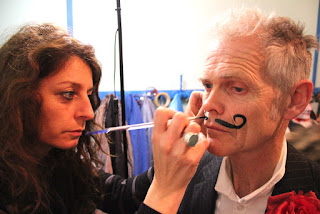 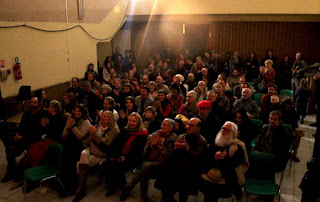 Posted by writing and other stuff at 10:26