The world belongs to those who check - a useful phrase I've adopted over the last couple of years, and usually it works, except a few weeks back I didn't check when leaving a gîte. About half way back home I realised I must have left my phone charging. It was annoying but I'd ask our very efficient host to send it back and reimburse her. Which she did immediately but the phone never turned up - 'lost' by Chronopost (never use them unless there is no other option, and then, don't, unless you wish to spend all your waking hours trying to navigate their complaints system - there isn't one).
So, life without a smart phone. I noticed, as when I first gave up coffee, a slight nagging sensation in my mind; something missing, something habitual, my index finger poised to prod that little round, slightly concave disc which would then wake a screen which would allow me to trawl, scroll, and distract myself for as long as desired. I didn't think I was addicted but the absence of the thing wakened me to the fact that I had - albeit a light addiction - been. How had people reacted to that last Instagram post? Should I post something new on Facebook? I'll just check messages/WhatsApp/ the weather/mail/google - what was the name of that Russian dog who was sent into space?  etc. 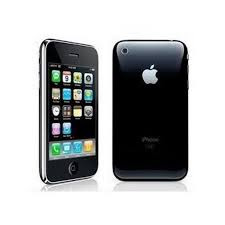 After searching about in the 'misc' drawer we found two old iPhones - a three and a four. I love the three with it's rounded corners and ultra solid feel but sadly it would be impossible to use now - and this was confirmed when I took it to the Orange shop. The seventeen year old assistant had handled the two ancient gadgets with a sort of wonder; how had people used such oddities? He sorted the sim card on the four and handed it back to me with a look of sympathy - good luck with the antique.
The phone works, in that I can call people, text, occasionally access Safari if 3G is awake enough, but not a lot else. Instagram is unattainable, Facebook, possibly, but my passwords don't seem to work. For a few days this was annoying. I wanted to share pictures of slumbering upside-down dogs, flowers, extracts of my writing, etc but after a while the urge sloped off to now be no urge - at all. I forget where the phone is, forget to charge it, forget it's presence unless I need to call someone. It feels good not to have the nagging sensation. The only thing I've really missed is the map apps as they save huge amounts of time when trying to locate a place - see last post... However I am paper map obsessed generally, and talking to other humans to get directions isn't a bad thing.
This may not last of course; I may feel deprived, left out, feel quietly derided for using such a scarred antiquity with its piddly screen. Or not. Maybe its a wonderful thing to reclaim that part of one's brain so drawn to those regular-as-clockwork tiny dopamine hits and be content to revert to using a phone for what they originally were devised for. 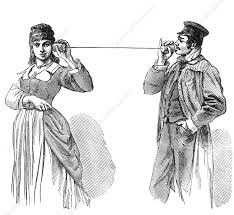 Posted by writing and other stuff at 22:04