Two things that seem not possible.
One, is that William, presenter from Télématin is going to retire . . . sob. The second: you can now buy a 3D printer so you too can make lots of brightly-coloured landfill in the comfort of your own home.
I turn on Télématin at seven every morning and do my various attempts at yoga/Alexander technique -type exercises while watching William subtly taking the piss out of various hapless folk, visually a little like a good-looking Sid James and audibly, a quieter version of John Humphrys from radio 4. 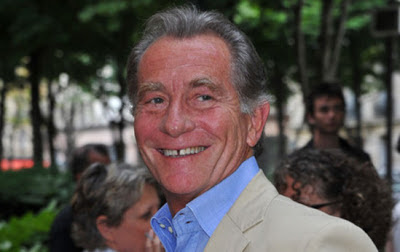 How will they choose someone else . . . almost more difficult than finding a Pope replacement.

The other part of this matinal rant.
A 3D printer. A 3D printer. WHY?
Look, darling, I made you a pink hippopotamus's head. Thanks . . .
There are factories everywhere that make all this crap; why do we need to make it ourselves? Think of the amount of these machines destined to be driven to the tip in a few years time, if they last as long as ordinary printers do. And the cost of the? - whatever it is that you feed into the thing.
Why William came into this rant is that he was hosting a subsidiary 'news' item about these machines.
He fixed the poor 3D printer demonstrating guy with a smirk and a raised eyebrow, then asked what the machine would make things out of, wood? Wonderful.
Actually, yes. Why not reach your kids how to whittle something or carve a chess piece, or draw a bird, invent a game, knit a hat, plant some herbs, encourage them to play an instrument, cook something - anything but make another useless object out of plastic. Phew.
Dear Oliver Postgate, wherever you are, creator of the brilliant Clangers. You foresaw it all in the episode featuring a mysterious machine arriving on the planet. The knitted heroes turn it on and it subsequently produces thousands of plastic objects, which is fun at first but then no one can find out how to turn it off. 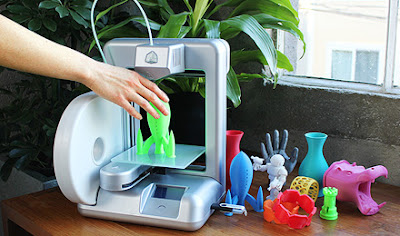 We are in that Clanger's episode now and we need to find the off switch.
Posted by writing and other stuff at 01:37