Remember when you were a child and someone was trying to force you to eat sprouts or something else that should never be eaten: "it's an acquired taste . . . you'll like it when you're older."
Coffee was something I could never imagine drinking - ugh, that taste, bitter, horrible, like . . . coffee.
Then over the years I progressed from tea and then milky bus station-type cups of coffee to salivating for that early morning cup, and then one more perhaps: a rich creamy 'café creme' with a hard kick of caffeine lurking somewhere to get you moving.
Fuzzy headaches could either be cleared away like departing clouds after a storm, or made infinitely worse with a cup of the stuff; always difficult to know which it would be, but the addiction made it inconsequential.
I posted a couple of years back now about a vile neuralgia thing I was experiencing; after a lot of web research, as one does, I realised the coffee was going to have to go. A week of cold turkey, cramps, sweats and spectacular headaches passed then I awoke one morning to find a clear head, as if someone had done a major spring clean up there and I haven't drunk coffee since, until yesterday . . .
It was only a sip by mistake, and the taste . . . ugh, old fags, bitter uuhhghhhghhhhhhh. Weird. It was just like having my seven year old taste buds back again.
I reached for my cup of pretend coffee instead: bland, creamy, recalling a cup of coffee from a formica tabled-café in the 70s: harmless, comforting, safe.
Mark took a sip: "Ugh . . . Oh, God, how can you drink that weedy stuff?", and submerged the taste under a large swig of the real thing. Each to their own.
I couldn't give up tea though . . . 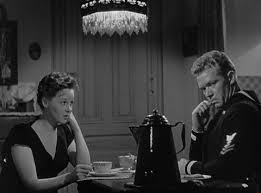 Posted by writing and other stuff at 05:48