Sing if you're glad to be gay

A lot of people singing in the streets of Paris yesterday, and all over France, as well as many people getting very overheated and rioting?! As I posted before, why not riot about something that needs rioting about.
My son, aged fifteen, gave me an interesting quote. I can't remember the exact words now as we were up a hill without a paper and pen, but something like: why don't these people mind their own business, and get on with their lives - it's not to do with them, it's about the people who are gay. Why indeed?
Here's a couple of pictures from the Guardian: a very touching one of the French justice minister being congratulated after the vote, and a bunch of people who should be doing something else with their time. 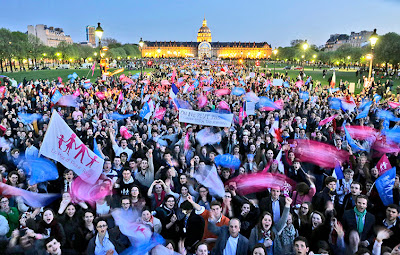 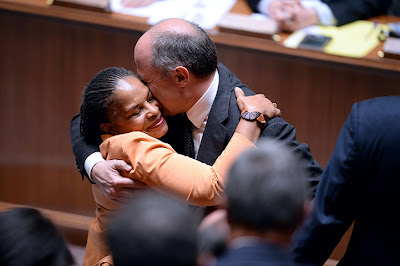 Posted by writing and other stuff at 01:19