Big teeth of the sea

What a poetic name for a loaf of bread. 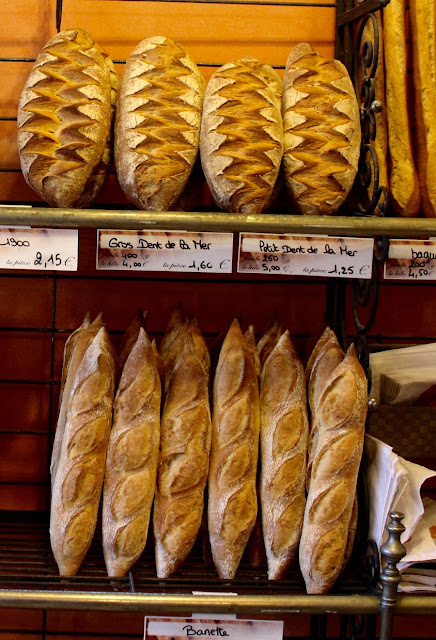 Having just returned from Cerbère (Southern French coast - the wild bit) I can see why the village bakery has included such a name amongst its offerings.
Mark arrived on Monday and encountered the full force of Le Tramontane wind - gusting at 145 km hour, or so; some locals said more, possibly 160km. Anyway, mad person that he is, he decided to 'take a walk' to the border point - top of a very large hill - and nearly entered Spain in flight/crash mode.
The sea is something to behold in these weather conditions, and could indeed hold teeth within its washing waves. 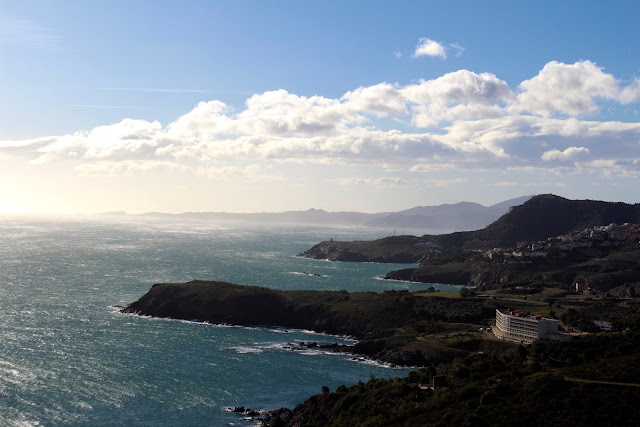 A moderately windy day - difficult to open the car door to take a photo . . .

I arrived the day after when the wind had suddenly dropped to a friendly breeze, however it was back, flaying the town, hills, sheep and anything/anybody else clinging to anything, by the evening.
About eight years ago, the town completely lost its harbour walls to the sea - churned, eaten up and spat out.
Now, vast concrete lego miss-shapes embrace the cove, the waters seething behind them on a Tramontane day. The town feels safe, however I think the bread with big teeth still definitely still has a place on the bakeries shelves. 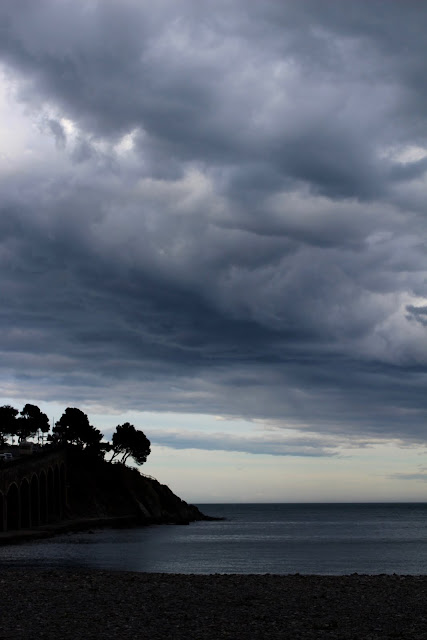 Calm after a night of Tramontane

See link to the right to our flat if you feel like a few days really feeling the elements!
Posted by writing and other stuff at 02:07