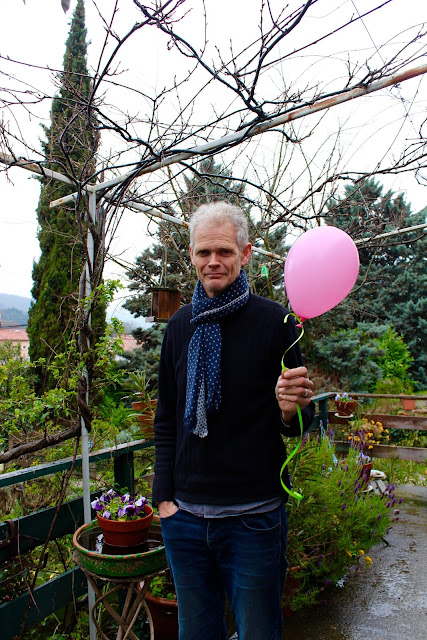 Hangover, sir?
No thanks. Mark doesn't do these - or drunken behaviour, I think mainly as being so tall, the alcohol gives up before it reaches his brain.
I did once see him being very slightly worst for wear, but that was after three head-pulverising mojitos in Brazil on New Year's eve, and I was probably slightly WFW and therefore he may have been sitting innocently thinking about a tune he was in the middle of composing rather than dancing in the street as I seem to remember.

So, the surprise party was indeed a surprise and the vague story about our lad making a meal in a friend's restaurant for us, did work. Mark was surprised, and despite a long day's work, managed not to become over-emotional, as I would have done, but maybe that's more a woman thing.
He even remained smiling and unruffled as I announced he would be playing drums in our rock n' roll band, of which we have not rehearsed for about nine months. 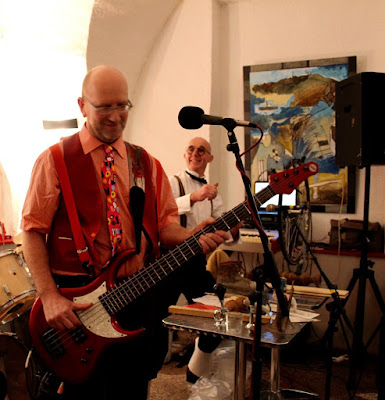 Pete and Dave performing: My brother makes the noises for the talkies

Being a man of music, that was at the forefront of the planning. We stared with brilliant cabaret songs from Pete, Dave and Alex, followed by our son's band 'The F.E.W' - and they even let mark 'guest' on tambourine. 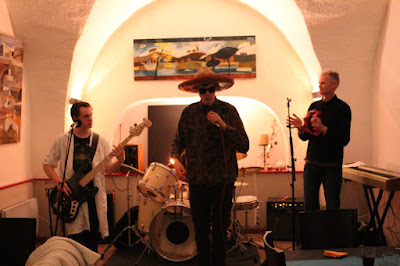 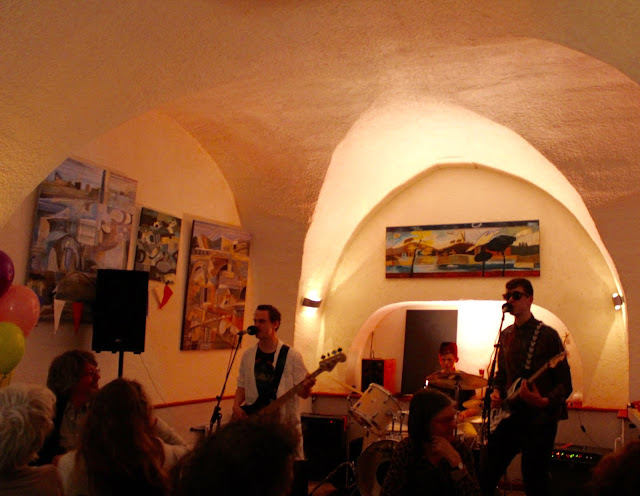 We did a few numbers, much in the shadow of the energetic and wonderful 'F.E.W'; then a change of direction to cello and double bass with two talented colleagues of Mark's from the conservatoire: Marjorie et Vincent and finally, tenor, Riccardo accompanied by Mark on piano. 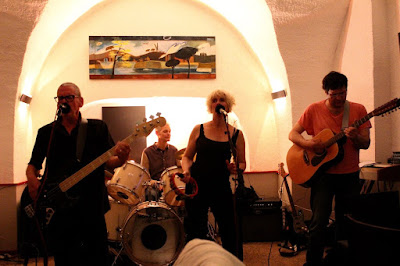 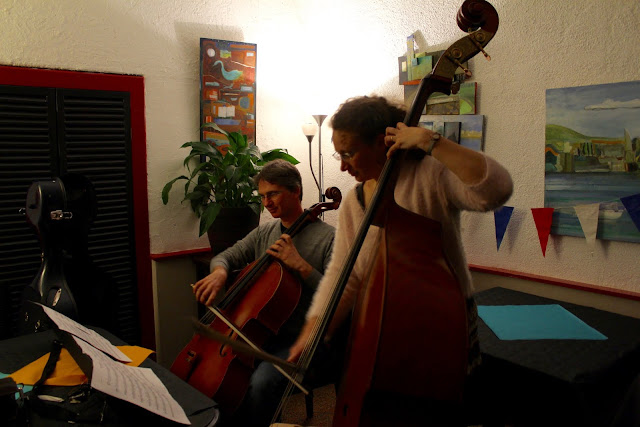 Being a Thursday evening, people were beginning to move towards the door, but coats were flopped onto chairs and seats reclaimed as Riccardo's voice filled the room. 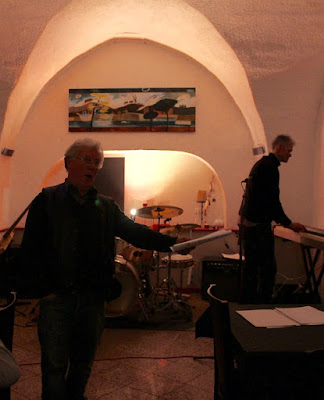 During the evening, as well as music, we were treated to Sue's fantastic cooking (all veg, by our request); the most incredible 'piano' cake, made by a friend of Sue's, displays of balloon art from Christian, sound and technical stuff by Carl, and SO much help from dear friends, Helen and Malcolm amongst many others. 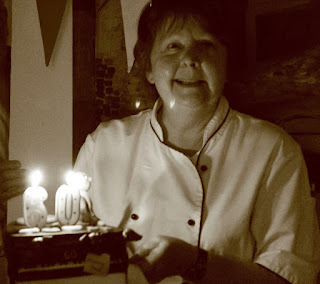 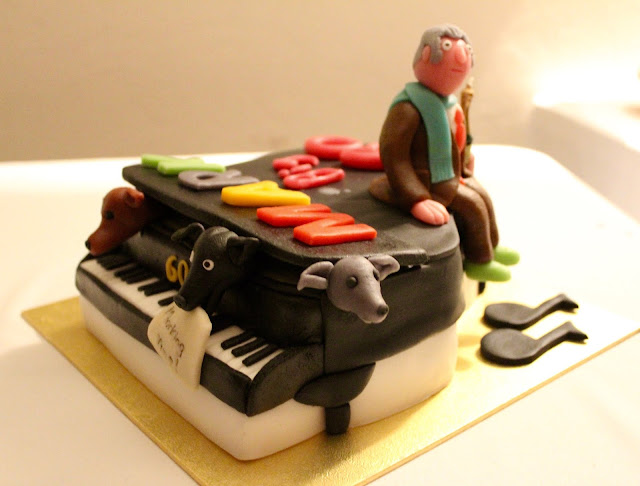 AND, thanks for all the fabulous wine, everyone - we now have a small cellar and Mark is even considering purchasing one of those fold out, criss-cross wine racks rather than the small cupboard space allocated to our usually pathetic collection.
Well, time to post this, and back to reality - starting with a clear up where everything here was abandoned yesterday evening as party time arrived.

Posted by writing and other stuff at 09:57