Those were the days: days when something as simple as an air vent could be celebrated in decorative concrete and metal curly finials - well I assume it's some sort of vent as the construction stands close to the major (HUGE) train station of Portbou in Spain.
I should have walked around the other side to see if there was a door, or window, or a sign stating what its purpose actually was or is, but we suddenly realised that it was approaching eight o'clock and that restaurant doors would be opening - at last. (Had forgotten that everyone eats at least an hour later than Cerbère just over the border in France.)
It would actually make a fine centre piece to a restaurant terrace, thinking about food, again. A small bar? or tapas serving area; DJ-box, dumb waiter, ham-smoking room, squid-drying room . . . 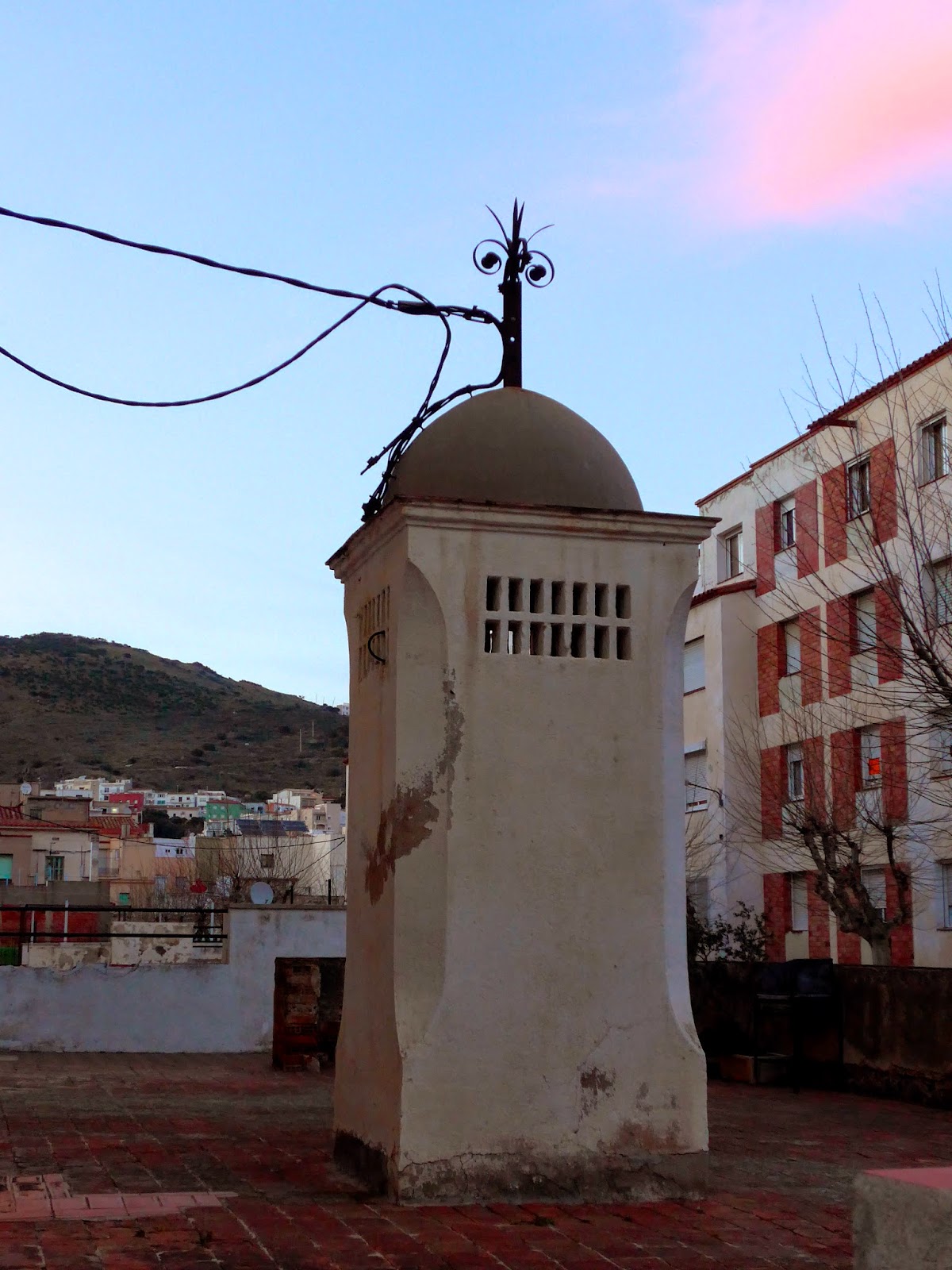