Limoux is known mainly for it's sparkling wine - Blanquette, and Carnaval: three months of it. People tend to love it or hate it - us, the former. In fact we were in it for quite a few years.
I've now hung up my purple and orange satin costume and only occasionally remember to go into the square to watch the various groups. I still love it, but happy now just to observe.
About five years ago The Marie decided to add in a day showcasing other carnaval troupes from around the world, followed by a day of 'Toutes les bandes' - all the Limoux groups on one day.
Spectacular, except on this particular Sunday it rained keeping most people away, apart from hardened Carnaval enthusiasts. The groups from elsewhere were spared the precipitation, but it was bloody freezing and we all sympathised with the Samba girls dressed in little more than feathers, glitter and fixed smiles. 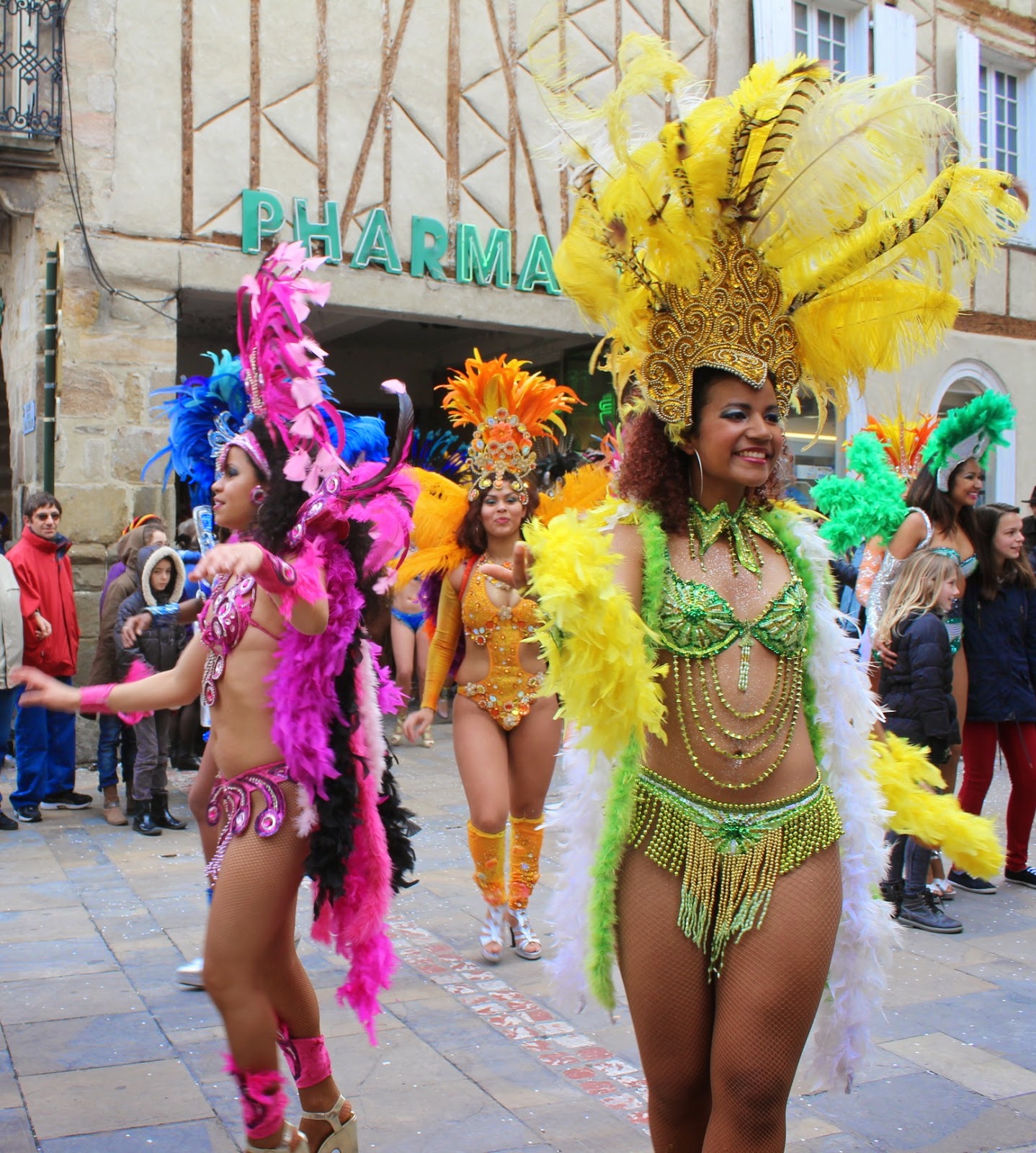 Preceding the frozen dancers were a troupe of lovely Italian men juggling with flags and dressed in far more sensible clothing for early March. Love the tights. 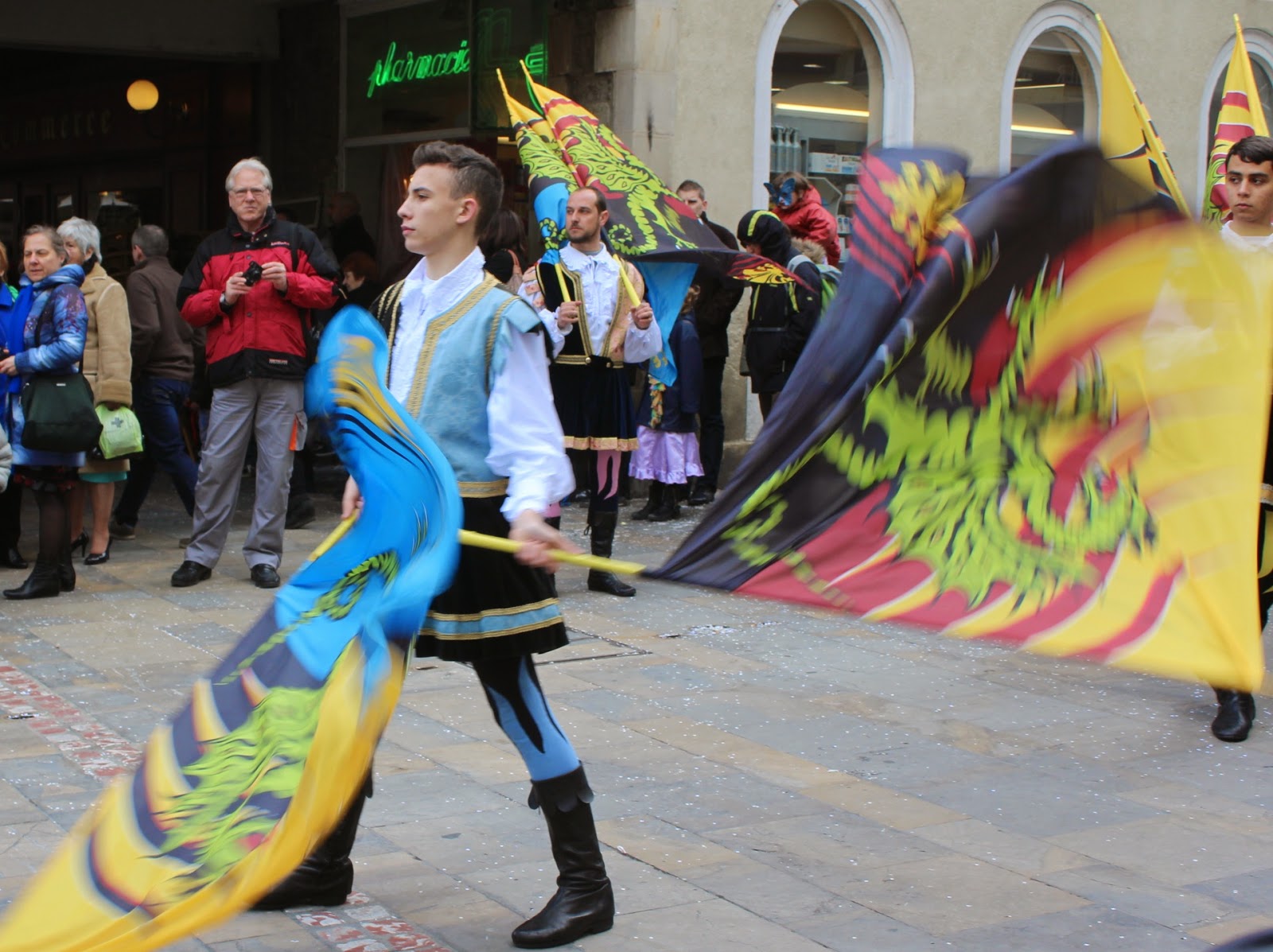 My favourite troupe were from Catalonia: two men pushing black wheely boxes with flame-like fabric billowing from them; a princess in a giant condom, a man with stuffed bats on stilts (man, not bats) a giant inflatable goat head, and a dragon with someone perched on top, waving like the queen.
Fantastic, especially when the dragon keepers steamed into the crowd with manic expressions - not quite as manic as the fire-wheelers. I must go to some more carnaval events in Catalonia and see what else they might bring out. 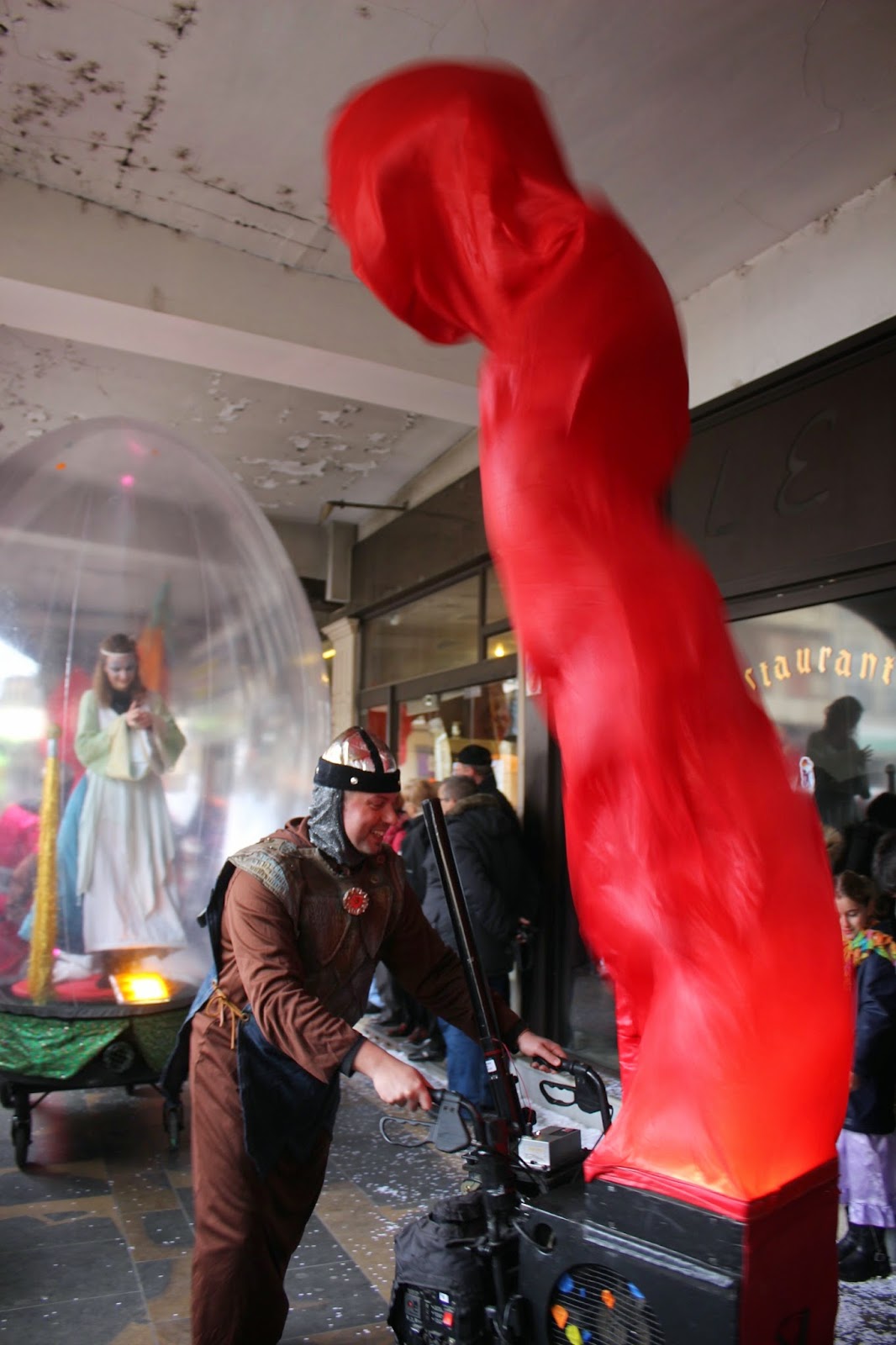 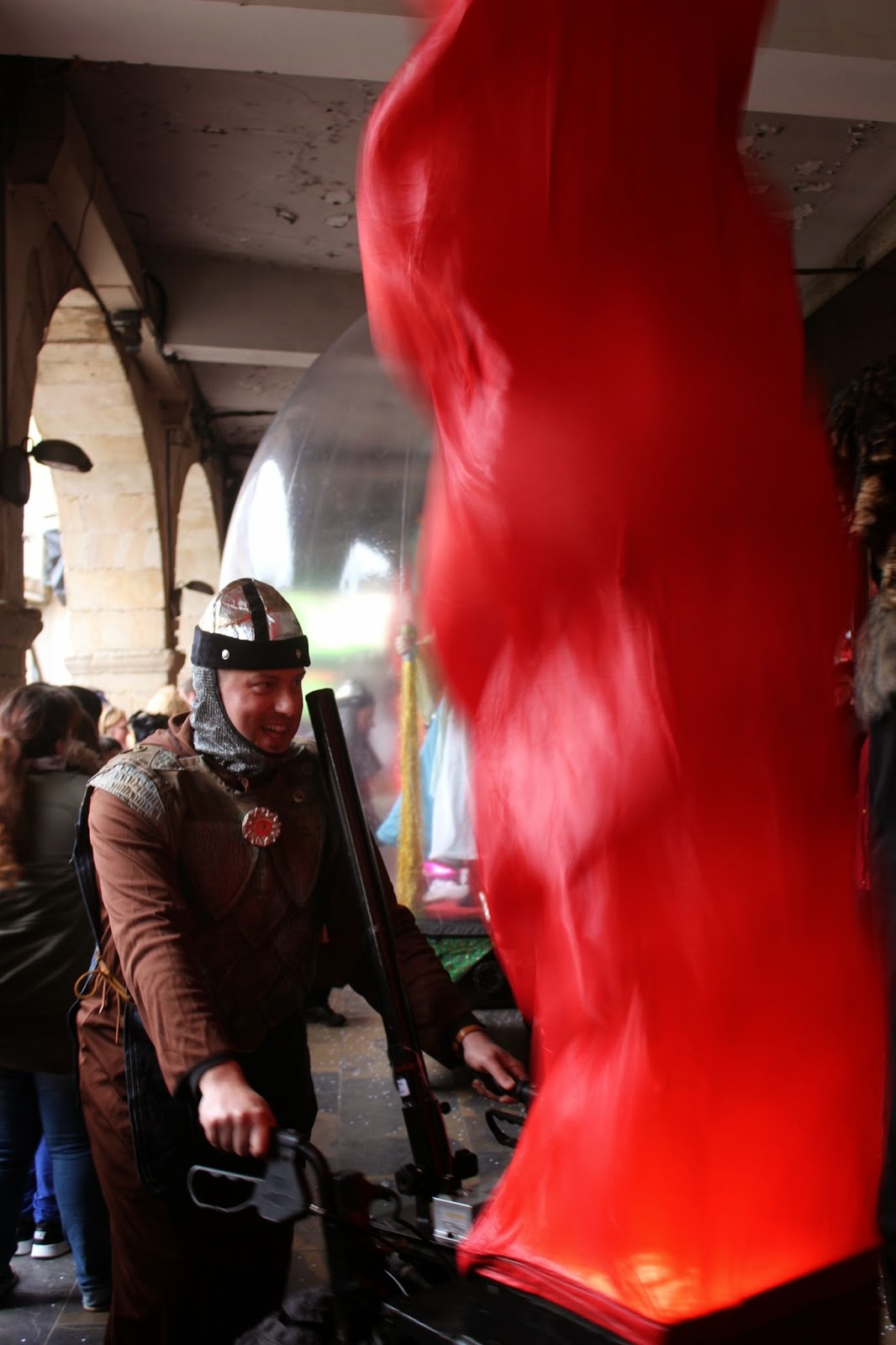 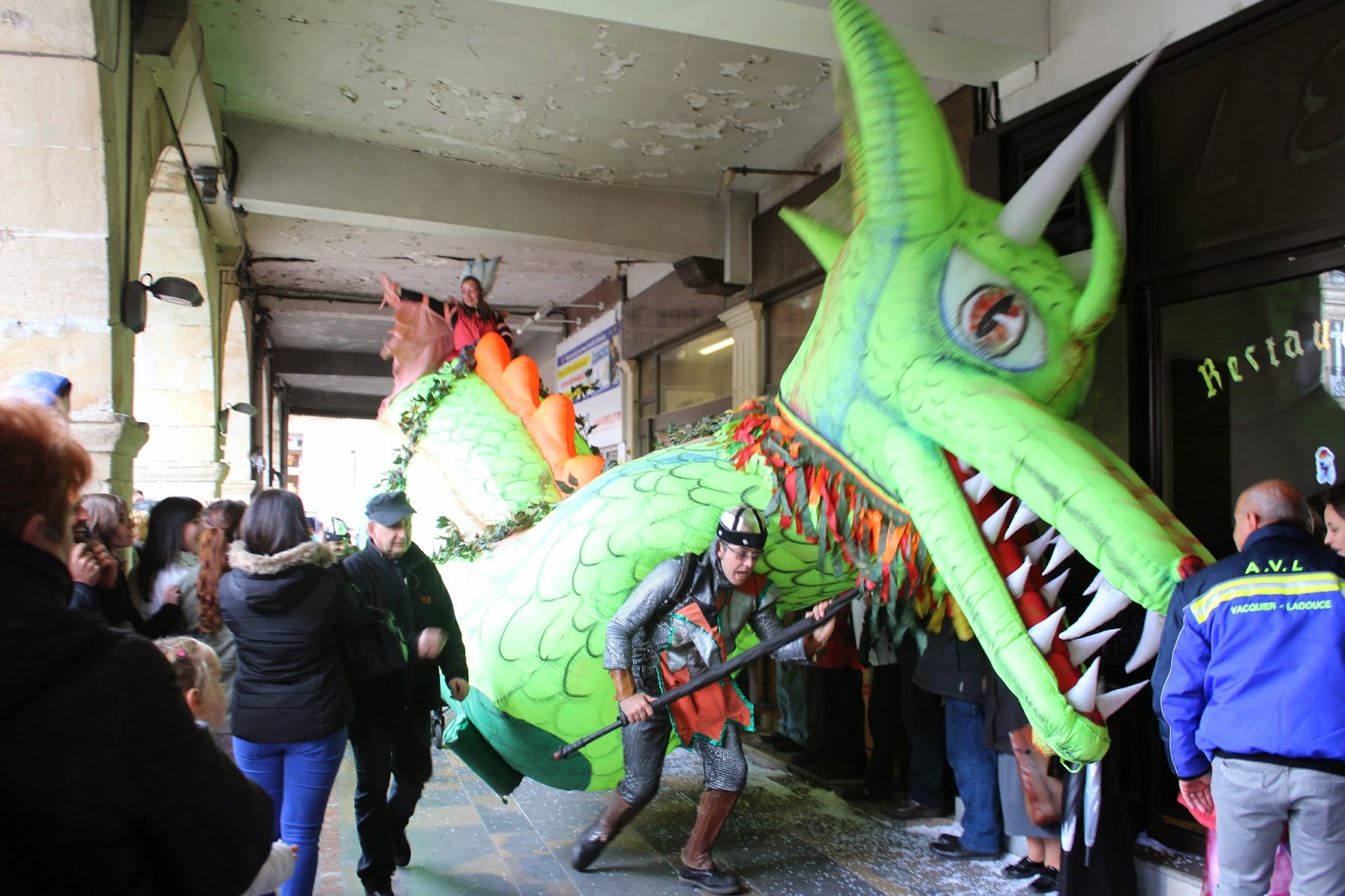 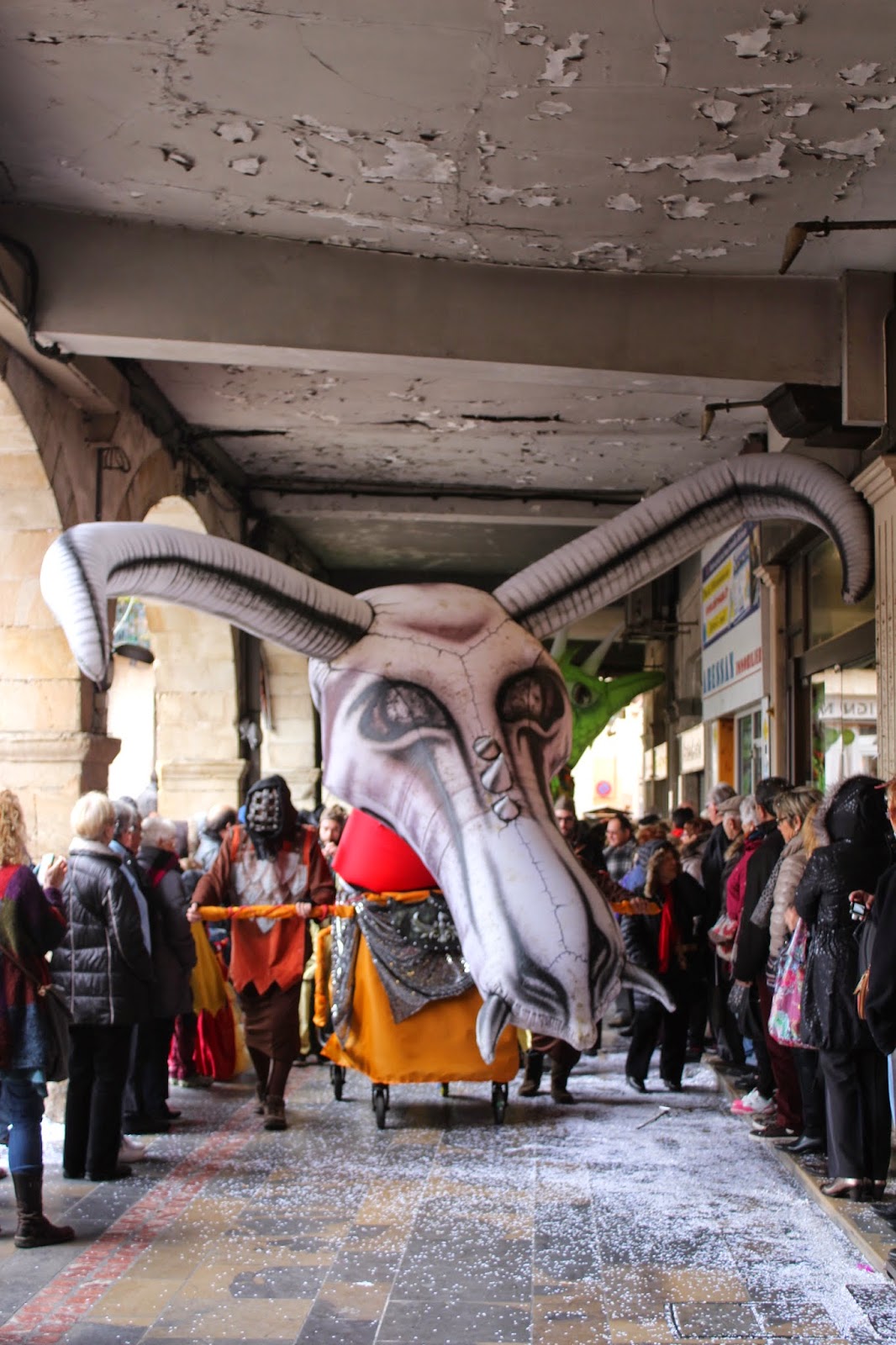 Posted by writing and other stuff at 05:29