I think they're called this - big bottles of fizz, (in this case, blanquette de Limoux)
We've had this one languishing in our front room (its wooden case had become a book depositary) for about five years now. Won in a painting competition, I had kept it for a suitable milestone; yesterday eve seemed a good excuse as we had planned a readings evening to mark my trilogy of books finally being out on Amazon, and new projects underway.
Mark prized the cork partway and it broke in half. He then pulled the rest out with a corkscrew as we all cringed, (especially the restaurant owners) waiting for something to be shattered. It sort of plopped out and I imagined sadly that Jean-Paul the chef's warning that it might be too old was probably going to be correct. In fact it was fine, and, like a bottle from a fairy story its contents lasted until the final glass was passed round.

The trilogy Going out in the Midday Sun is now out on Amazon in paperback and ebooks, which I have blogged before, and I'll now stop going on about it . . . 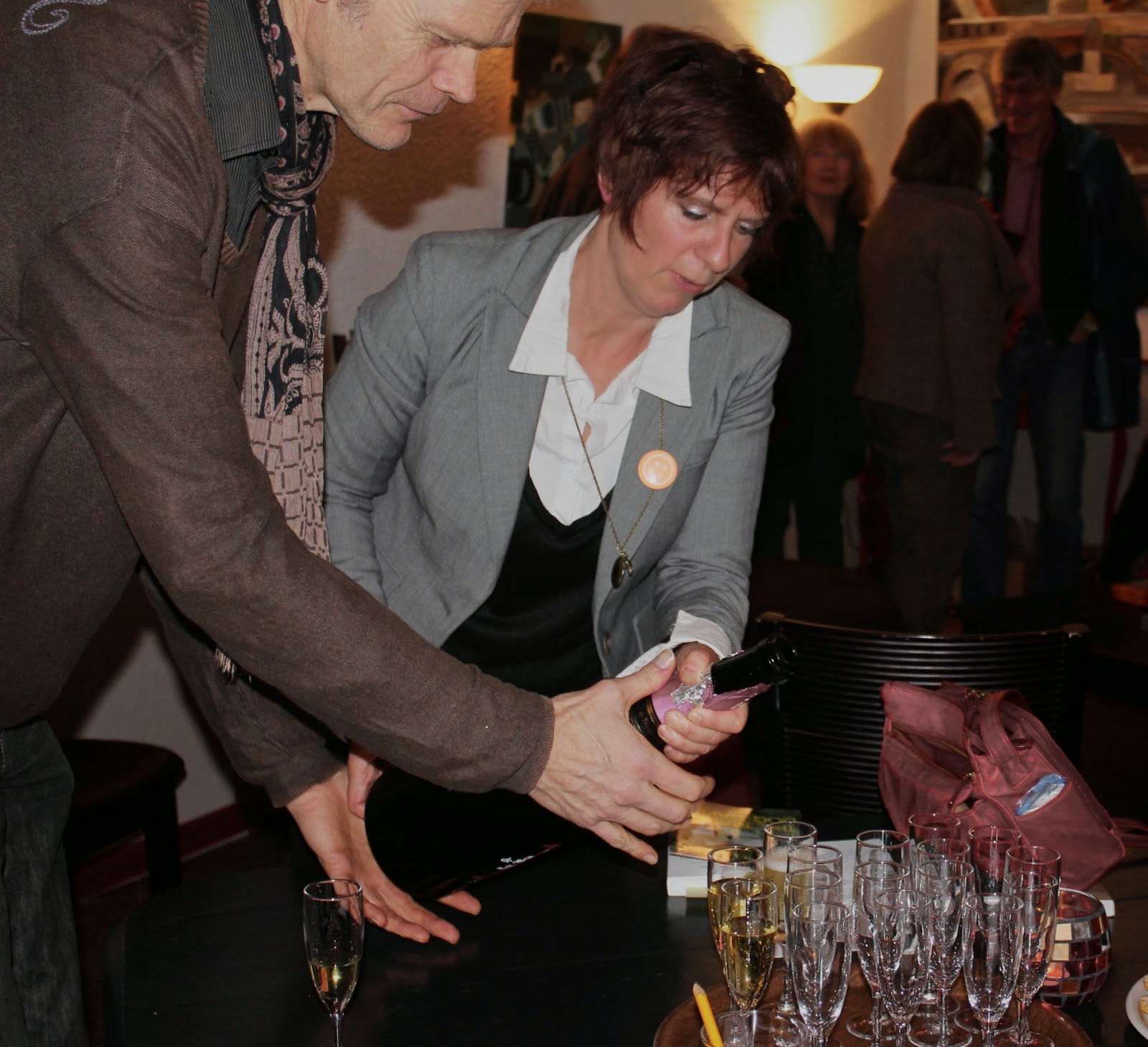 Posted by writing and other stuff at 09:31

Email ThisBlogThis!Share to TwitterShare to FacebookShare to Pinterest
Labels: blanquette de Limoux, Going out in the midday sun, Staying out of the Midday Sun, The Mad Dog Café