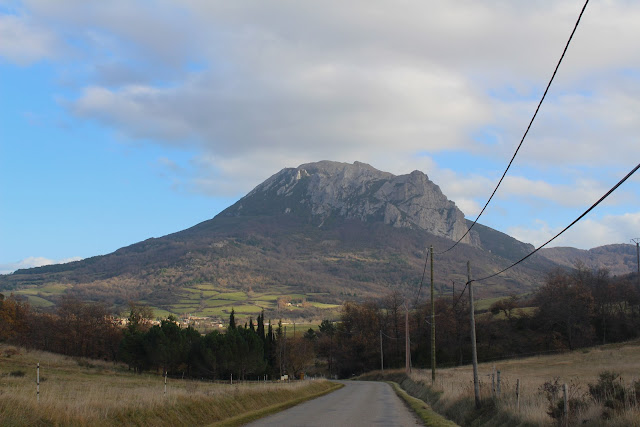 Weather good, same road, same cows grazing placidly facing towards the mountain. In fact, I stopped to take a picture of them, mindlessly occupying half the road (me, not the cows). A police car appeared in my rear view mirror, then drew up alongside the car. As usual I went into a cold sweat, even though I hadn't done anything really wrong; tyres a bit bald, shit, where was my driving licence?I hadn't looked recently.
"Madame, you are very stupid to block the road thus", he said, which was true, "there will be many, many people coming along soon."
I looked suitably sheepish, apologised for having littering the road with our mud-encrusted car, and went to see what had changed up the road. I was feeling pretty excited, from what he had said there must now be at least a field full of caravans.
Nothing. Again.
Actually, there were now more police and reporters than inhabitants. The fire brigade had gone, leaving a portacabin. I took a picture and stood listening for a while to the telephone ringing inside it: could have been from a David Lynch short film - cut to inside of portacabin: somebody eating jelly with no clothes on staring at the phone while a eerie looking bald man laughs hysterically.
I hope on 'the day' that someone will actually be manning the phone.
Houses still for sale, dogs walking aimlessly, apart from the one who had a taxi job.
Man in blue anorak nowhere to be seen. Most locals were unloading wood into their houses and grunting about reporters.
Reporters mainly sitting in the 'relais de Bugarach' now nick-named Alien Café apparently. The man in there must be making more this week than over eight normal years. Good for him, and his biscuits were excellent.
Most reporters were far to involved in their busy schedules - Drink coffee, look out of door, drink beer, fit fluffy wind thingy to film camera, take it off again, sigh heavily, drink coffee - to say hello. I did meet some very nice camera and sound folk however, from a major German channel. They had been there since Sunday and I think the rural delights of the village were beginning to pale a little.
Back on the high street things were hotting up with the arrival of a couple of expensive looking black Citroens. Men in black suits got out, shook hands with the mayor and probably checked the big pieces of plywood that had been put up showing the zones of action etc - I don't know as I went for a walk to the lake then to see if there were any communes starting up on its banks. Not so much as a one-man tent.
The boards are a fascinating example of French box-ticking exercises: about half a trees worth of paper on each one. I should've examined them a little closer, but they seemed impenetrably complicated; like those pages you get from the insurance company and a little box to tick at the end to say you have thoroughly understood everything.
I was surprised that there was no menu posted up to tell one what the police and army were going to eat when they stopped enclosing the area for lunch, which usually seems to be the most important part of any French logistical gathering. Fois gras, ou salade de gésiers, bavette au sauce eschalottes, Ile flottante, demi carafe de rouge, café. I am tempted to print one and paste it on the board tomorrow . . .
There seems to be a lot of different versions of what exactly is going to be cordoned off tomorrow. According to the 'plan of action' which looks like a bad drawing of a giant rabbit, most of the area around the village will be out of bounds. Some say you'll be able to walk in, others say not even walking in will be possible. 250 press passes have been issued however, according to 'a source' so the café's really going to be busy. 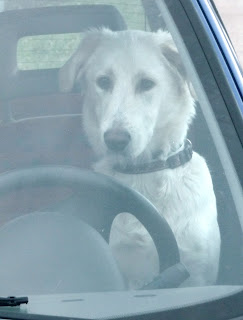 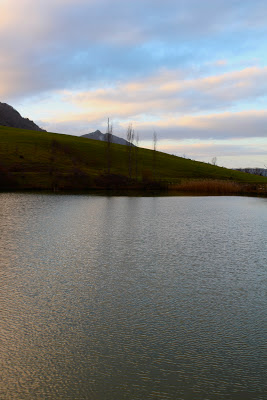 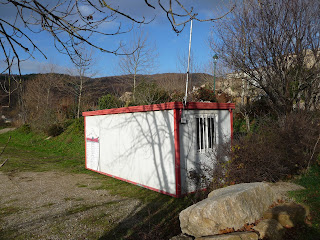 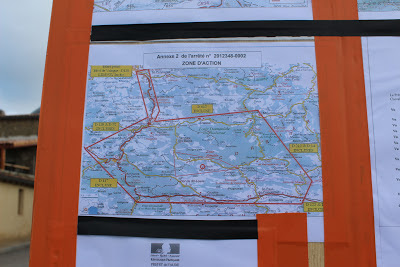 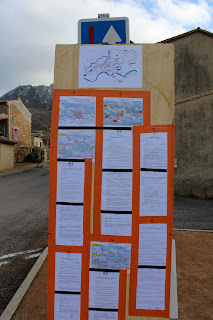 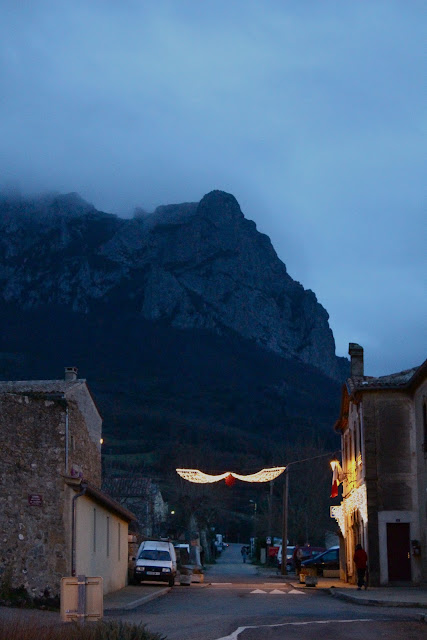 The Christmas decoration, typical of small French villages, sputtered into life as night fell, the towering mountain changing to an impressive silhouette. I said goodbye to a few friends I had happened upon and drove out of the village past a large party of journalists and camera people filming each other in front of the village sign. Back tomorrow.
Posted by writing and other stuff at 12:16