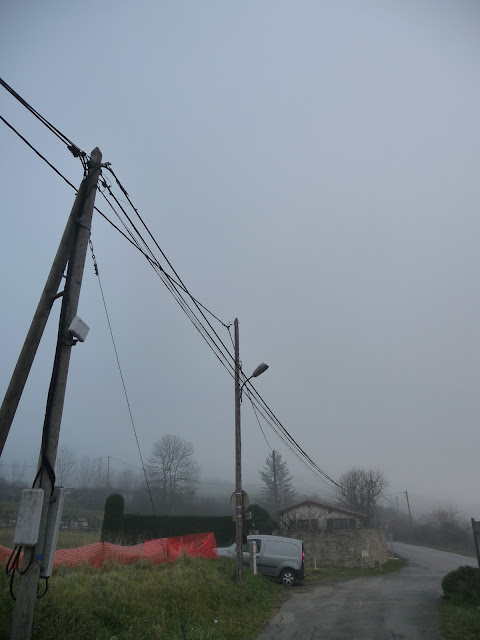 It was there last night when I left, honest.
Locals, complaining of immense groaning creaking sounds during the night, awoke to find the namesake of their village had been taken away. Confiscated by God, picked off the Earth like a tick from a dog.
Not really.

Normally, the mountain in this photo should be about two centimetres above the tallest power cable post so it was rather surprising to see nothing at all.
Jack The Ripper weather: cows nowhere to be seen. TV crew numbers increasing, inhabitants decreasing. Only one dog visible in the village. No cats at all. Bar still closed.
Still no sign of vans/ stalls/ musicians/ aliens/ tents/ wailing hoards of people dressed in robes/ evangelists/ creationists/ mysterious sightings of Elvis.

I parked and walked up into the back streets hoping to be able to talk to someone not dressed in black with black sunglasses and black equipment bag.
It really was quiet, no wood unloading, nothing. Eventually I saw a garage door open and risked a hello to the elderly gentleman inside. I asked if I could talk for a moment about the phenomenon but he backed away and said that none of the villagers wanted to talk about it as they were - at that point he used an expression I had never heard before, and I can't remember it now, but I imagine it was along the lines of, totally ******* sick of the whole thing.
I persisted as he looked as if he might break into a stunning youthful smile and my day would suddenly be full of roses and sunshine. I mentioned I lived in Limoux. He beamed and said that his wife was from there as if we were talking about New York. The smile was there in all its glory - turns out we live about thirty meters from her old house.
They had lived in the village for more than forty years and he said over the years it had been a regular occurrence that people would come and describe the 'little green men' they had encountered on the peak. So, nothing new really. I was impressed that his lovely dark green Renault 4, affectionately known as a quatrelle here, had a sticker on the back from Alaska. He nodded and smiled at the memory, "Yes we went on our honeymoon in this car in the early sixties." I wasn't sure if he actually meant they went there in that vehicle, but I like to preserve the thought of that tiny green car making its way through the vast empty landscape.
We shook hands, said perhaps we would meet again and I went off to have a cup of tea in the 'Relais' feeling all warm inside.

On the way I stopped to talk to Mark Howie the champion of the dry-earth toilets. I asked him what actually happened to all the poo at the end of the day, as this had been crossing my mind occasionally since admiring the 'Ecolette' loos the day before. He became even more animated than usual and beckoned me to his van to show me the composted results which were quite amazing.
The cafe was buzzing with people working on lap-tops, mainly men with lovely dark curly hair - odd but rather nice. I had a cup of tea with a mind-bogglingly good biscuit. These are produced by an organic baker in Quillan; if it's the same one that makes the croissants in the market on Friday it might be worth moving to said town . . . or not.
I asked the cafe owner how it was going. Good, not too mad. We talked for a long time about the mountain and the landscape. Most of his usual trade is from hikers, very rarely from Alien species hunters, and he is obviously there as someone who dearly loves the area for its natural beauty. Apparently it has been noted over the years that the mountain does 'make noises' - rumbling, grating sounds and vibrations that usually last for several seconds, fading again to silence. Which is presumably where the stories of the space ship in the mountain started from. He also told me a bit more about the magnetic force of the mountain; people often mention that their cameras and other equipment won't work up there.
I resisted buying a pair of sheepskin slippers, which was perhaps a shame, and took another stroll around.

The mountain was in fact still there. The was fog beginning to clear, the summit poking through the white clouds like an emerging submarine, and inciting a flurry of camera activity. On the way back to the car I met a young man wearing a jacket that I wanted (the jacket . . .) denim, with a piece of kitsch tapestry featuring a deer, sewn onto the back. I asked if I could take a picture so I could steal the idea and we got talking. "It's like a mild autumn here compared to where I live," he said, nodding thoughtfully at the surrounding green pasturelands.
He had a real FILM Hasselblad and an ancient panorama camera complete with built in spirit-level. Most impressed I was. We chatted about the end of the world and how this was really a point in time where we all had to wake up, which seems to be increasingly more peoples point of view: Can only be good thing. Said goodbye, and drove down past the police nattering at the potential road blocks and went home to meet the man who was coming to fix our gas stove. 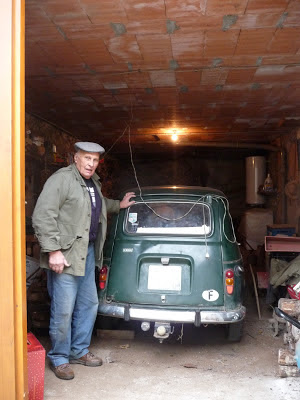 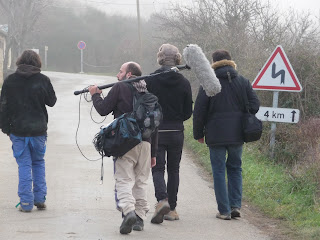 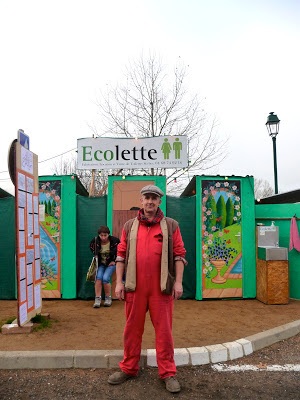 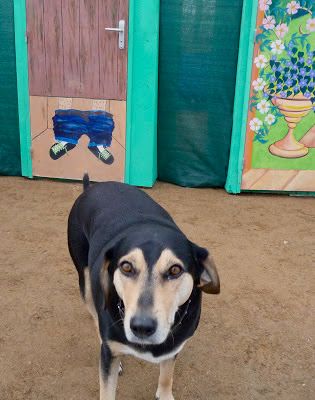 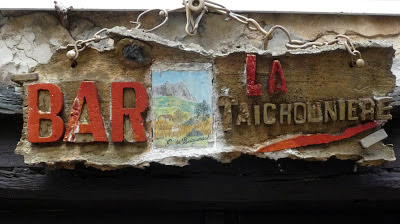 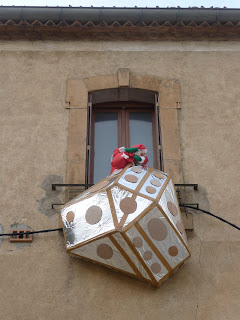 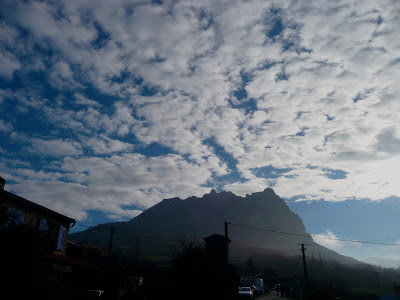 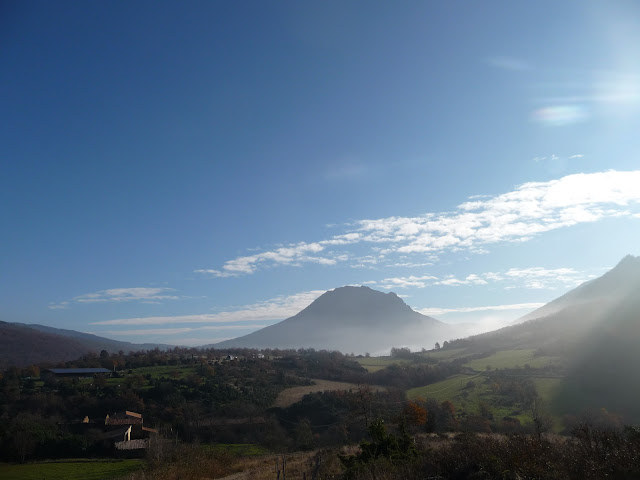 Posted by writing and other stuff at 07:28