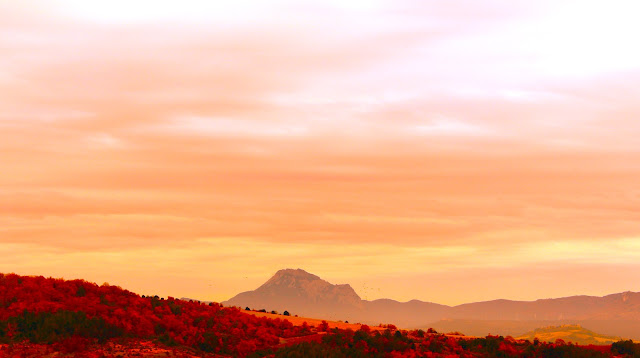 Pic de Bugarach intact as viewed from the smoking asteroid-decimated landscape all around us. Just us, a Kangoo, and enough food to last for . . . actually, seeing the picnic my fellow travellers have brought — quite a long time.

Back in reality. Picnic is good but sky looks normal, rather grey and dull in fact.
We drove up from Rennes and got stopped by the police. They checked ID, Garth's for rather a long time. In fact they were stopping everyone, which was probably a good thing. Who knows what people might take with them and use to get onto TV for a few minutes . . .

Weather calm, possible deluge in the afternoon. Cows all looking avidly at passing traffic.
Bugarach now milling with TV crews, press and police - on horses, on bikes, in vans and trucks.
Still no music apart from one man playing a trumpet a bit. Food being served by people dressed somewhere between father Christmas and Aliens. Atmosphere of genial boredom and slight hopefulness that something incredible might still  happen.

We parked in a muddy field which was without doubt going to become a slushy pond full of furious car owners trying to get home to do a bit of Christmas shopping later. Walked up and down the high street for a while, like everyone else was doing.
Two reporters from The Sun interviewed me despite the fact I am not endowed with a vast chest, and I had all my clothes on. Must have been the daft red hat.
"Hello, can we talk to you, we're from the sun newspaper."
"Oh, err . . . Ok."
"Are you from here?"
"Well, Limoux . . . "
"Do you believe in the end of the world."
"No. But I do believe it is a time for a major change in our thinking. We need to reflect on everything we are doing to this planet,"(something along these lines) Reporter starts to glaze over.
"What do you you do here?"
"I'm a writer,"
"I see, and how old are you?"
What!, why d'you need to know that!?
"Well, I'm fifty two."
"You're looking good . . . " I knock his camera to the ground, smash it to a million pieces, laugh derisively and go in search of tea. Not really. I probably said something pathetic like  - so where would my picture and the article be then? Arggghh.
'Comely fifty-two year old Kate, a Anne summers party-holder, lives in Limoux with her three ex-husbands. Her hobbies include talking to aliens and shopping'.

The highlight of the morning which sent all reporters into a frenzy, was when a rally of 2CV's arrived, all drivers and passengers dressed as extra-terrestrials. The road was completely blocked with honking small boingy French cars, camera crews and the few locals who had braved the crowds.
A few meters away from the packed main high street was a team of builders who have been working on a new house every day amongst all the lunacy. They were now on the roof, not watching but just getting on with the job, as if it was just another ordinary day of the week, the metallic ringing of their hammers echoing around the valley above the sounds of car horns.

On the way back to the car we chatted to a merry group of French men from Lille who had come to spend the day in the shadow of Bugarach and drink a lot of red wine. They had a lovely picnic set out and invited us to join them. We talked of The English and The French and everyone else and agreed that what ever else this event was, it was rather nice to find a whole bunch of folk from all over the world in one tiny village.
They were all dressed normally apart from one man sporting a pair of Spock ears: 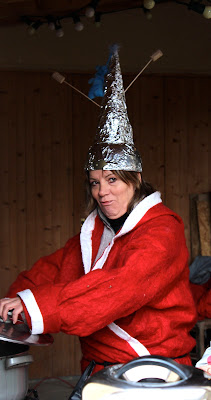 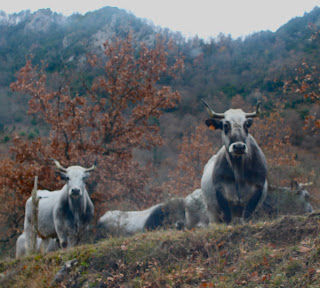 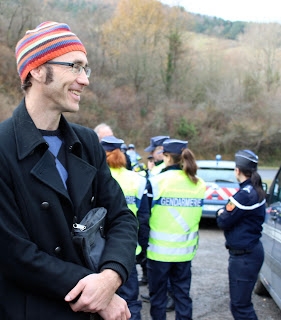 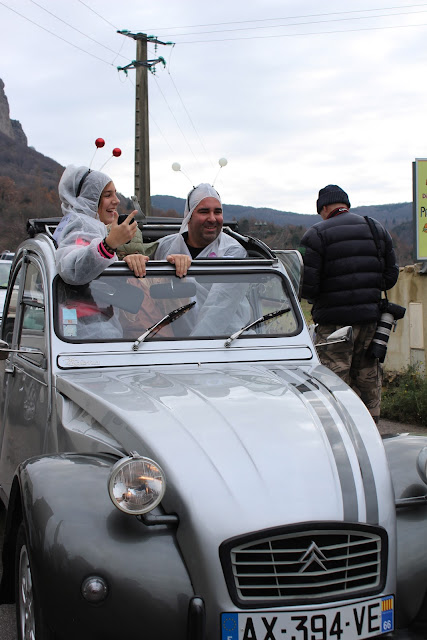 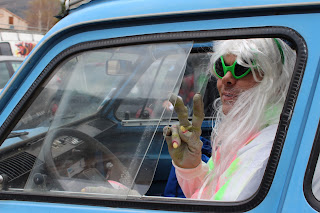 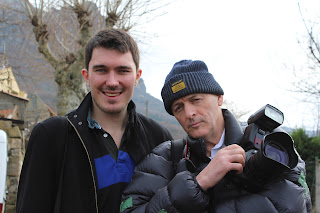 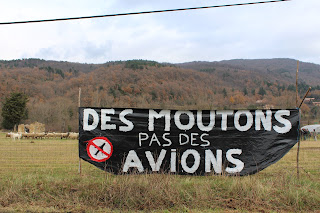 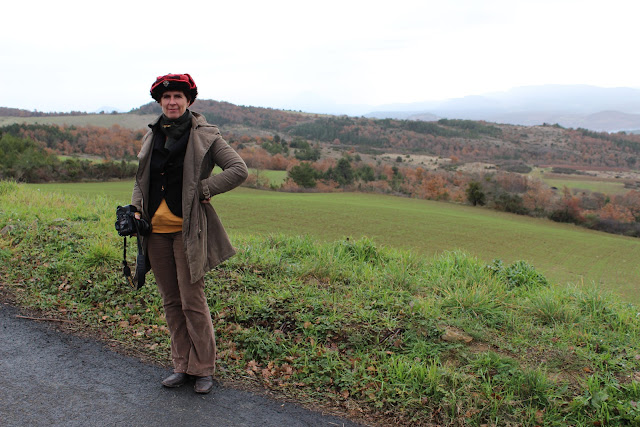 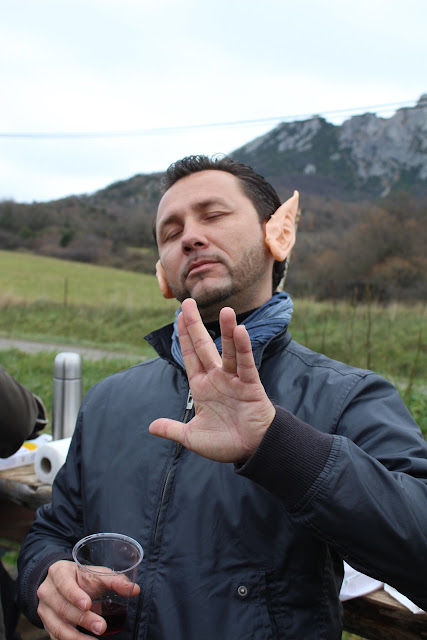 Posted by writing and other stuff at 06:54